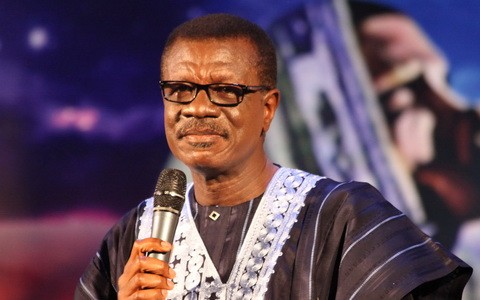 Spokesperson for Pastor Mensa Otabil has debunked claims by some National Democratic Congress (NDC) communicators that the preacherman is bitter towards the government because he was denied a diplomatic passport.

Albert Ocran, a pastor in Otabil's International Central Gospel Church who was speaking on Joy FM's Newsfile programme, Saturday, a political analysis program stated categorically; "Otabil has never requested, never accepted and has never ever had a diplomatic passport at any time in his life".

NDC communicator Sam George had alleged that, “there is some envy in him [Dr. Otabil] because former President John Evan Mills withdrew his diplomatic passport from him”.

The Head Pastor of the International Central Gospel Mensa Otabil grabbed government's attention after he branded Ghana as a sinking ship owing to the country's indecisive leadership response to the crisis situation the country finds itself.

Delivering a message at the Festival of Ideas 2014 last Thursday, Dr Otabil used  the story of the Titanic which sank in April 1912 despite its claimed invincibility. In that story he said there were three captains of three different ships whose leadership skills either led to the loss of lives or protection of same.

He said the appropriate response to crisis situation was the one adopted by the captain of Caperthia who did not leave anything to chance, sailed his ship from a farther distance and helped to save lives.

"We need a new leadership response" to crisis situation in the country, he charged, adding, Ghana's boat was sinking.

Otabil said  Ghana needed measures that were "intentional, decisive and methodical" in saving the sinking boat from choppy waters and added that Ghana  "appears [to be] on a permanent trajectory of deterioration…I find it difficult to see how things will get back to normal,".

But government communication has not taken his words kindly.

One of the government spokespersons who was present on Newsfile, suggested the comments by Otabil may have been made out of sour grapes because his diplomatic passport had been taken from him.

But Albert Ocran called into the programme to set the records straight, saying that Otabil had never held a diplomatic passport, for anybody to take it from him.

He is not fascinated by the use of diplomatic passports, Ocran suggested.