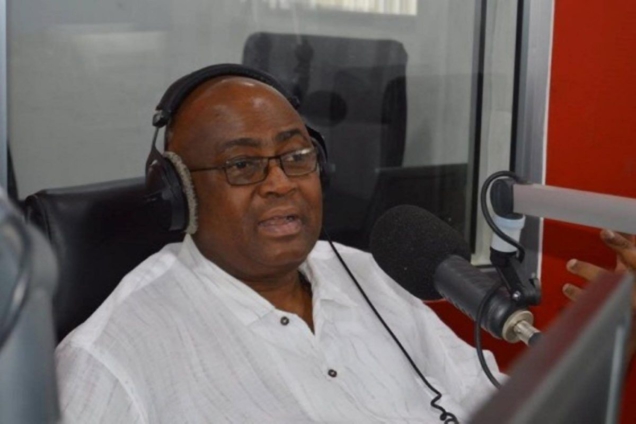 Editor of the Daily Dispatch newspaper, Benjamin Emmanuel Ephson says an Akan presidential candidate by the New Patriotic Party (NPP) for the 2024 general elections would leave other ethnic groups feeling left out.

According to him, this situation will paint a negative picture about the party as far as the northern regions are concerned.

His comments come on the back of an interview where Majority Leader Osei Kyei-Mensah-Bonsu stated that another Akan flagbearer may not augur well for the governing party in the next elections.

However, speaking on Top Story with Evans Mensah, Ben Ephson noted that a decision to bypass Dr Bawumia would reaffirm speculations that the party is deliberately putting non-Akan members at a disadvantage when it comes to the leadership.

“If the NPP settles for another Akan, there is going to be that feeling from persons from the Northern regions who have been voting for the NPP that the NPP uses them and dumps them.

“For example, the late Aliu Mahama, may he rest in piece got less than 7 per cent in the 2007 Presidential race of the NPP. So that could let people think they only use them for votes and judging from 2020 elections,” he said on Wednesday.

According to him, the Vice President appears to be the only non-Akan name in the mix of personalities speculated to express their interest in leading the party in the 2024 elections.

Citing the 2020 general elections, he indicated that the Northern Regions gave the NPP a fair amount of seats and this may waver if the party refuses to endorse Dr Bawumia.

The pollster also revealed that failure to capture an Akan aspirant could also be detrimental for the governing party since most votes garnered by the NPP in every election held so far comes from the Ashanti Region.

He, therefore, urged that an Ashanti running-mate be chosen to assist Vice President Dr Bawumia should he be given the nod to run on the ticket of the party in the next poll.