Our children, our future 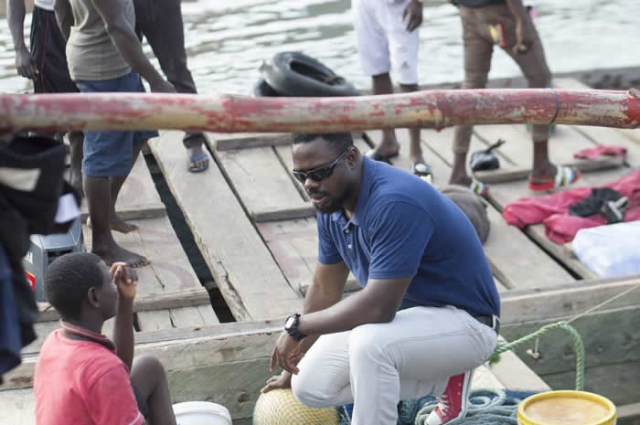 The visit to the Castle was once again a good experience and an opportunity to reflect on our past. Regardless of the number of times I have visited, every visit has come with it the same emotional feeling.

To understand why mankind meted out such a barbaric act of cruelty on humanity is something that is beyond my thinking capabilities.

Slavery in any form is a crime against humanity indeed.

During a recent company-sponsored leadership training tour to the Central Region, part of our activities for that day was a visit to the fish market after the Castle visit to enable us to talk to the fisher folks.

Personally I wasn’t enthused about it because I didn’t see the significance but our leadership coach insisted and explained that having gone through the Emotional Intelligence exercise earlier in the day it was important that we talked to people at that level to see how we were going to connect with them on what they go through in their line of work. I believed that by doing so, we would be able to take that experience back to work and utilize in our teams.

With reluctance, I followed the team to the fish market by the lagoon and managed to speak to one person and truth be told, that was not out of the ordinary. Fact is I have been part of, seen and interacted with people at that level many times in my life.

Whiles the others were busily engaging the fishermen and women, I rested my right leg on the elevated retaining wall, leaned forward, slid on my sunglasses and begun enjoying the breeze and the beautifully painted canoes with their funny inscriptions that were on display on the Benya lagoon.

There he was sitting on one of the canoes and from a distance looking at all of us with some sense of admiration. Our eyes met. He smiled and I smiled back.

‘Wait a minute, he looks different. He is not like all the other guys I have seen here today. I need to talk to him!’, I said to myself.

I signalled him to come closer to where I was standing but he would not budge. At this point, I appeared to have found the importance of the visit and nothing was going to stop me from talking to this guy.

With the help of some of the fishermen, I jumped on the closest canoe to the wall, crossed a few others on the lagoon and finally got to him.

He looked rough and unkempt. His body appeared to have been denied soap and sponge for a few days.

After talking to this little boy, my level of gratitude rose exponentially. But for one shade of grace or another, many of us could have ended up like him.

He was only 11 years and dropped out of school years earlier. He lived in Elmina alone and on his own. He did not know where his father was and his mother had left Elmina to resettle in Anomabo. He had always wanted to be a pilot but stopped schooling because he could not fend for himself any longer.

At 11, this ‘innocent’ boy had started his life on the sea as a ‘fisherman’. Chances are that he would spend the rest of his life there without the opportunity to pursue his dream of flying aircrafts.

About 20 meters away from where I saw this boy, slavery was abolished in 1865 but it looks like that abolishment only happened inside the castle. Around the castle, within the various fishing and farming communities and on our streets, there appears to be another form of slavery going on, child slavery.

Thousands of children of school going age are walking around in our communities doing menial and risky jobs in order to either feed, clothe themselves or for their masters to whom they have been sold. Yes, some parents sell off their children to slave masters right here in Ghana.

Others are growing up on the streets and are being exposed to dangerous and criminal activities instead of going to school to get educated to enable them to explore their full potentials. We are ‘rearing and hardening’ them up on the street and from thence they will come to our homes to attack us once they have become full-blown.

For reasons I do not know, we seem over the years to have focused all our attention on the free component of the FCUBE program.

What if we made it really compulsory and universal? What if we created an even playing field for every child regardless of where they were born to get educated? What if we made laws on good parenting so that people gave birth to only the number of children they can cater for?

What if we became a little bit compassionate as a people and commit to ensuring that every child of school going age stays in school even if they are not our child?

And whiles we have all shown support in demanding justice for that little four-year-old girl who was raped in the Assin Fosu area, let us kindly remember also that the 11-year-old boy on the sea in Elmina and the thousands of his like have a right to an education too.