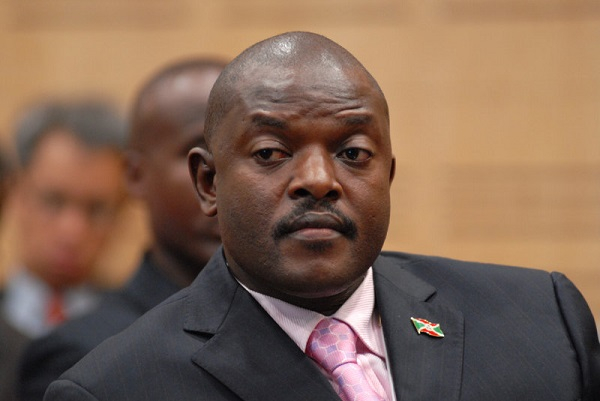 The head of a Burundian militia accused of atrocities has been named to lead the state broadcaster, RTNB, sparking condemnation by human rights groups.

Human Rights Watch said the appointment of Eric Nshimirimana was “a blow to all victims of abuse perpetrated by the Imbonerakure, as well as freedom of the press in Burundi”.

The Imbonerakure has allegedly killed, raped and robbed opposition activists.

The government of Burundi has denied allegations of human rights abuse.

The Imbonerakure, the youth wing of the ruling CNDD-FDD party, was accused of widespread abuses after violence erupted when President Pierre Nkurunziza controversially sought and won, a third term in 2015.

Mr Nkurunziza survived a coup attempt and mass protests, while tens of thousands of Burundians fled the violence.

“Nshimirimana should be held accountable for what happened under his watch, instead of rewarded with the leadership of one of the country’s last remaining media outlets,” Mr Mudge said.

The UN has called the Imbonerakure a militia, a description condemned as an insult by the group.

Burundi’s government has denied allegations that the Imbonerakure was involved in abuses, in particular the gang-rape of female relatives of opposition activists.

“Imbonerakure is not a gang of rapists,” said presidential spokesman Willy Nyamitwe.

New elections are scheduled for next year and although constitutional changes passed in 2018 mean he is allowed to stand once more, Mr Nkurunziza has said he won’t seek re-election.