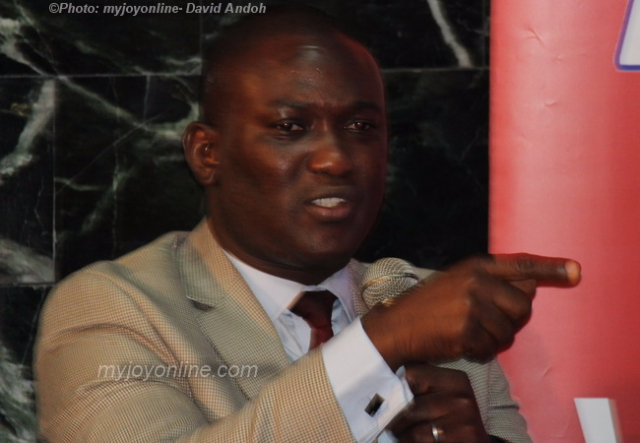 The National Petroleum Authority (NPA) says a total of 4.9 million liters out of the five million liters of the contaminated fuel disposed by BOST has been accounted for.

The Petroleum regulator said when its investigators visited the Accra Plains Depot of BOST, Wednesday, they found over 4,197,078 million liters of the contaminated product in Tank 121 intact.

The investigators have also retrieved 803,000 out of the 850, 000 liters that left the premises of BOST to the oil company, ZupOil last week, the NPA has said.

Acting NPA Chief Executive, Alhassan Tampuli told Evans Mensah on Joy FM’s Top Story the quantity of the volume found at the premises of ZupOil accounts for nine out of the ten trucks sent to the company.

The whereabout of the last truck with the total of 47,000 liters of the contaminated fuel has not been established, but the NPA boss said the Authority has been informed there is a product in a facility at a location near ZupOil.

He was quick to add the Authority will send its men  to the location for a sample of the product to the laboratory “so that we are consistent to account for everything.”

"I want to give the general public the assurance that we have everything," Mr Tampuli assured.

The Minority in Parliament is calling for the resignation of BOST MD, Alfred Obeng over  thedecision to sell off five million liters of contaminated fuel at GHS1 a liter to two new companies.

A section of Minority lawmakers

The opposition lawmakers said they have information that the two companies – Movenpiina and ZupeOil – have links to the BOST MD, an allegation both companies have been quick to deny.

About three trucks loaded with the contaminated product left BOST premises on June 20 -21st to Movenpiina and ZupeOil premises.

The Chamber of Bulk Oil Distributors and Chamber of Petroleum Consumers said they suspect the rejected product has found its way into the market.

But the NPA has cautioned such an overriding conclusion is misplaced especially when they have not given any facts to back their claims.

“We do not want to say conclusively that the product is in the market [but] whatever we are telling Ghanaians is hardcore fact. We do not want to engage in mere conjecture,” Mr Tampuli said.

He said the NPA has seen the missing product in a storage facility at the premises of ZupOil but “we want to confirm.” The storage facility, the NPA boss said contains 65,000 liters of product.

But Mr Tampuli’s revelation means there is an overrun in the region of more 5,000, a situation the Chamber of Petroleum Consumers (CPC) has described as “alarming.”

CPC Executive Director, Duncan Amoah said per the NPA boss’ figures, the product he claimed the Authority has accounted for, is more than the quantity BOST actually sold to ZupOil.

“This doesn’t add up,” he said of the figures, adding in the “petroleum industry, when you lose products and you get overages it becomes alarming.”

Mr Amoah also said his outfit has taken samples of the product in the market and has given it to an independent investigator to ascertain if its part of the contaminated fuel that left BOST premises.

“There is the need to be absolutely sure,” he said.