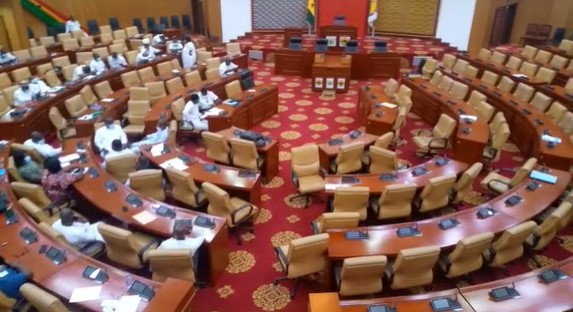 Parliament has summoned four Ministers of State to appear before the House to answer urgent questions on various developmental issues posed by Members of Parliament.

Out of the four questions, two of them are standing in the name of Minority Leader Haruna Iddrisu, who is also MP for Tamale South and two other National Democratic Congress (NDC) MPs.

Presenting the Business Statement on behalf of the Majority Leader, the Deputy Majority Leader, Alexander Kwamina Afenyo-Markin, said the four ministers are expected to appear in the House to answer MPs’ questions.

On Wednesday, June 19, 2021, a question in the name of Minority Leader, Haruna Iddrisu (Tamale South): “To ask the Minister for Finance the total amount of temporary advances from the Bank of Ghana to government for the 2020 Financial Year” as captured by the Business statement.

Issues concerning the agricultural sector, Mr. Eric Afful (Amenfi West): “To ask the Minister for Food and Agriculture when the Government will release money to pay the affected cocoa farmers whose farms have been engaged by the Ghana COCOBOD for the programme of rehabilitation of over-aged cocoa farms in Ghana having regard to the season.”

On Thursday, 10th June, 2021 Mr Iddrisu: “To ask the Minister for Transport how much has accrued from the contract between the Ghana Airports Company and Frontiers Healthcare Services for the conduct of Covid-19 Testing at the Kotoka International Airport as at end of December 2020, and what is the breakdown of the distribution/utilisation of the said amount to the respective contracting parties”.

On the same day, the Minority spokesperson on Youth and Sports, Kobena Mensah Woyome (South Tongu): “To ask the Minister for Youth and Sports what steps the Ministry is taking to ensure that the country hosts successfully the All African Game, 2023, including time lines of completing key tasks/activities leading to the event”.

Apart from the four urgent questions, other sector ministers are expected to provide answers to 25 oral questions.

The Defence Minister, Dominic Nitiwul is also expected in Parliament to answer a question on agitations by La Traditional Council and their Youth over alleged invasion of Military officials on their stool lands.

The MP for  Dadekotopon, Rita Naa Odoley Sowah: “To ask the Minister for Defence what steps the Ministry has taken so far and what further steps the Ministry plans to take to resolve the issues of a land dispute between the Military and the La Traditional Council as well as the Youth of La”.