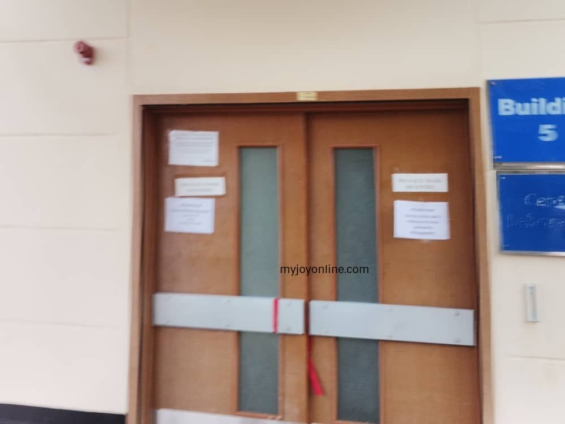 Several patients in the Upper West region are feeling the brunt of the indefinite strike embarked on by members of the Ghana Association of medical laboratory scientists.

Members of the Upper West regions branch of the Ghana Association of Medical Laboratory Scientists (GAMLS) after an executive council meeting say they are embarking on an indefinite strike in solidarity with their colleagues at the Komfo Anokye Teaching Hospital.

The KATH lab scientists have declared a strike following the posting of two medical officers to the Laboratory Services directorate of the hospital.

Several patients were turned away as a result of the strike and had to go to private laboratories for medical test result at a higher cost.

With her 13-month-old baby strapped at her back, the 30-year-old mother of two, Susolo Safura came from Bugbelle which is over 140 kilometres from Wa and travelled to the municipal hospital for treatment.

A medical doctor then directed her to go to the hospital’s laboratory for a test that she did but was turned away due to the strike.

“I am told that they are on strike, and I don’t have money to go to a private laboratory. I will go home probably wait when they call off the strike to come back,” she stated.

Another is 32-year-old Abdulai Tijaani, whose wife delivered through a caesarean section.

She felt unwell, and they gave him the blood samples of the wife to come to the laboratory for testing, but he was turned away.

The Wa Municipal Hospital laboratory manager, Theresa Salifu, sympathised with the troubles patients have to go through to get the test done.

However, she is of the view that they have legitimate concerns which the government should addressed.

“We vowed to serve because that is what is stated in our motto. But we will not like to serve under oppression,” she added.

The Upper West Regional hospital laboratory situation was not different as it looks more like a ghost laboratory.

Only a couple of the lab scientist were spotted posting notices on the door whiles over two dozen seats at the waiting area remained empty.

Most of the patients who went to the Wa municipal laboratory and were unattended found their way to private laboratories.

One of them is Bill, a Medical laboratory who seemed to be enjoying from the windfall.

Dr Issaac Dery first went to the municipal laboratory with blood samples for testing but had the door shut on him; however, he found solace at the billing laboratory.

DISCLAIMER: The Views, Comments, Opinions, Contributions and Statements made by Readers and Contributors on this platform do not necessarily represent the views or policy of Multimedia Group Limited.
Tags:
Ghana Association of Medical Laboratory Scientists
Nationwide strike
Upper West