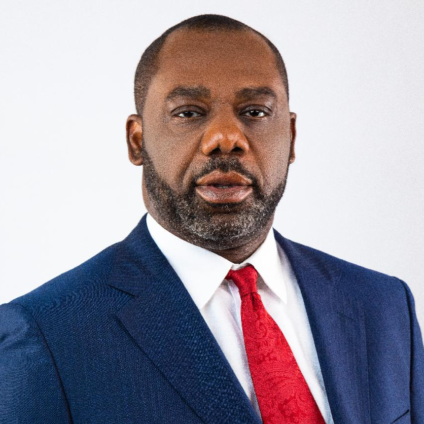 A major concern that has been raised by many Energy experts and policymakers on the nation’s Electricity Supply Plan is the eminent electricity challenges and the need for an alternative sustainable baseload supply.

Energy experts studying the electricity supply plan over the years have indicated that beyond 2025 Akosombo and Kpong hydropower Plants which currently serve 32% as the nation’s baseload supplier would have reduced drastically to about 25%. As a result, there have been persistent and urgent calls for alternative and diversified generations to support existing baseload plants.

Even though the report has not been specific on which energy source would be prudent, B&FT sources indicate that Ghana is highly considering Nuclear as it guarantees the provision of sustainable, reliable, and affordable power to push the nation’s industrialisation agenda.

At the time, he noted that the selection of a Vendor – the country whose nuclear technology Ghana would want to partner with to construct the first Nuclear Power Plant – was a top priority as Cabinet had received the Nuclear Power Programme Comprehensive Report on the nation’s nuclear future and its prospects.

But the key question on the minds of many is, what kind of nuclear technology is Ghana going for?

A large reactor Nuclear Plant that would inject 1,000 megawatts and above into the national grid as a single unit or a Small Modular Reactors (SMRs) – which generally produce 300 megawatts equivalent or less, modular in nature and can be scaled up to meet growing demand.

Major progress has been made towards achieving the case for the inclusion of Nuclear Power in Ghana’s generation mix. However, the type of technology to be adopted hang in the balance.

Speaking to B&FT recently on the nation’s Transmission Grid safety and stability, Ing. Norbert Anku, a former Director at GridCo indicated that, the important role of the electric grid system to which the Nuclear Power Plant would be connected is a key determinant in the choice of a technology.

Ideally, on an economy of scale, a single large reactor tends to be economical than a single SMR. However, the technical issues of grid safety and reliability coupled with the levels of demand over time are critical.

A reliable, balanced and well-maintained electric grid is crucial for the adoption of a large reactor Nuclear Power Plant online and operating it cost-effectively and safely.

Ing. Anku cautioned that considering the current electricity demand levels of over 3,500MW and the efforts to bring additional generation, preferably Nuclear, which is the way to go, a heavy injection which does not support the current state of the grid and the stability of the supply situation will be injurious; “should there be a situation where that Power Plant is knocked off the grid, it means you have lost 1000 megawatts and the grid can go into swings and crush.” he stressed.

He added that huge investment would be needed to manage the incident load structure of the nation’s grid and ensure that there would be no huge damages if such an instance occurred.

According to experts, a large reactor Nuclear Power Plant when connected to the grid will certainly be the largest single generating unit on the Ghana gid system. This is significant because there is a practical limit to the size of generating units that can be installed in an electrical power system if the system is to remain stable and secure, especially after unplanned disconnection of that generating unit.

What does this mean?

It is important to note that the current total installed capacity is around 5,000 megawatts. in terms of unit capacity, the largest on the grid currently is less than 200 megawatts. Therefore a 1000 or higher megawatts Nuclear Power Plant as a single unit on the grid would significantly impact on other generators should the Nuclear unit trips. This technical complexity should not be overlooked notwithstanding the economy of scale for large reactors.

SMRs are advanced nuclear reactors generally 300 megawatts equivalent or less. SMRs are “Small” – physically, a fraction of the size of large reactor Nuclear Power Plant and “Modular” – makes it possible for systems and components to be factory assembled and transported as a unit to the site for installation.

SMRs are simple design and has economy of scale associated to factory production and reduction in costs, can be installed module by module to meet growing demand, small power means countries with small and weaker electric grids can still connect SMR with very little or no investment on the grid, modules can be independently managed so that maintenance and refueling outage can be done while the other modules are still in operation.

The challenge is that, currently, there is none in operation. However, some countries are at advanced stages of connecting SMRs to their grid.

Would Ghana be First to operate an SMR?

Not really, just this month, the China National Nuclear Corporation (CNNC) announced the completion of the pouring of concrete for the foundation slab for the ACP100 multi-purpose Small Modular Reactor (SMR) demonstration project at the Changjiang nuclear power plant on China’s island province of Hainan according to World Nuclear News.

Construction of the multi-purpose 125MWe reactor officially started on July 13, 2021, following final approval for its construction by their country’s  Regulator.

CNNC announced in July 2019 the launch of a project to construct an ACP100 SMR reactor at Changjiang. The site is already home to two operating CNP600 PWRs.

Under development since 2010, the ACP100 integrated PWR’s preliminary design was completed in 2014. The major components of its primary coolant circuit are installed within the reactor pressure vessel. In 2016, the design became the first SMR to pass a safety review by the International Atomic Energy Agency, the report noted.

These are expected to be used in the first commercial deployment of a NuScale VOYGR power plant for Utah Associated Municipal Power Systems’ (UAMPS) Carbon-Free Power Project (CFPP) which is to be built at a site at the Idaho National Laboratory in the USA.”

The NuScale SMR is the first SMR design to receive approval from the US Nuclear Regulatory Commission. The NuScale Power Module with single unit generating 77 MWe comes in modules of 4 modules (308 MWe), 6 modules (462 MWe) and 12 modules (924 MWe).

Cleary from these two examples above, Ghana is unlikely to be the first SMR country should Ghana decide to go for SMR technology as some countries are already in advance stage of SMR integration.

With the current energy quagmire, the country is faced with, future energy plans need to be hastened but it must be done in a technically prudent manner to achieve optimal results.

DISCLAIMER: The Views, Comments, Opinions, Contributions and Statements made by Readers and Contributors on this platform do not necessarily represent the views or policy of Multimedia Group Limited.
Tags:
Dr Mathew Opoku Prempeh
Electricity Supply Plan