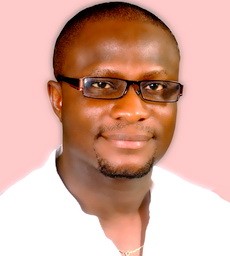 The Chairman of the National Council on Persons with Disability (NCPD), Mr Nii Andrew OkaiKoi has described as regrettable suggestions by some Chiefs that Dr Henry Daanaa, minister-designate for Chieftaincy and Traditional Affairs should be dropped.

“If he is not competent then we can have recourse to call for his withdrawal, but he is competent and knowledgeable as far as Chieftaincy issues are concerned. He has been the National Director of Research at the Ministry of Culture and Chieftaincy for some time now, so what is the problem…is it because he is blind?”

Speaking to the media in Accra, Mr. Andrew Okaikoi explained that, “For equality of opportunity to be a reality to people with disability, competent persons with disability must be admitted without discrimination.

According to Mr Andrew Okaikoi, the statement by the Chiefs does not only undermine the confidence level of people living with disability, it also shows the gross disrespect some people in the country have for PLWD.

“Over the years, we have done a lot to ensure that there is equality in the system. People Living with Disabilities can work and operate as their colleagues with no disability. It is very disheartening that such a wonderful choice by the President will be opposed by people who should know best.”

“I congratulate President Mahama for such a landmark decision, I urge him to go the extra mile to equip the National Council on Persons with Disability.”

Nothing, Mr. Okaikoi said, will stop the Council from working towards creating a society in which the right of those with visual impairment are protected and respected.