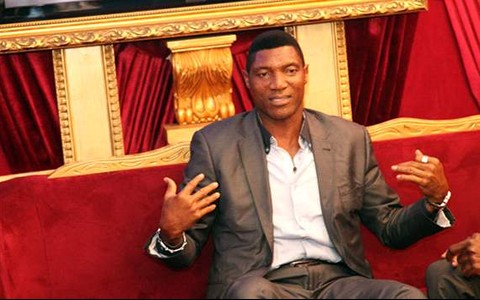 Former Nigeria goalkeeper, Peter Rufai has been moved to a private hospital in Lagos after he collapsed on Monday night.

Younger brother of the ex-Nigerian international, Bruce, informed supersport.com that his brother has been in agonising mood following the death of their 78-year-old mother last week.

He said Rufai slumped on Monday night at his office and was immediately rushed to a nearby hospital in Surulere, Lagos.

“He’s been so worried because of the death of our mum as he’s the first son in our family. I was scared when he collapsed yesterday (Monday) night as I feared he was dead. We had to rush him to hospital where he has been since yesterday,” said Bruce Rufai.

The former Deportivo La Coruna man is now “responding to treatment,” according to his brother.

“I thank God as the doctor here says he’s now responding to treatment after being unconscious for hours,” Bruce said to supersport.com on Tuesday morning.

Rufai, 49, had been scheduled to be in Ibadan on Tuesday for a football clinic before he collapsed and got hospitalised on Monday night.