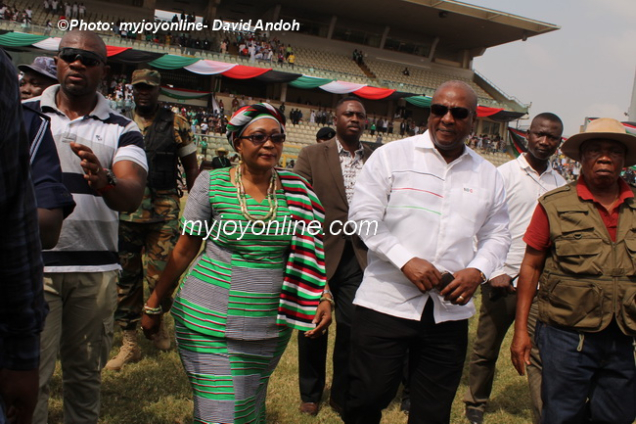 President John Mahama and his vice Paa Kwesi Amissah-Arthur have arrived at the Baba Yara Sports Stadium in Kumasi, to participate in the 8th National Delegates Congress of the National Democratic Congress (NDC).

About 3,600 delegates will cast their vote to elect new national officers to lead the party in the next four years.

The President who arrived with his wife Lordina, was met by Ambassador Victor Gbeho, Mr. E.T. Mensah, Alhaji Mahama Iddirisu and other senior party officials.