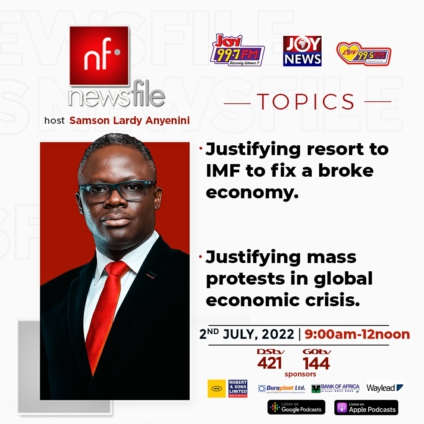 There have been several reactions after the Information Ministry announced on Friday that President Akufo-Addo has directed the Finance Minister to commence talks with the Fund for economic support.

The President, through a telephone conversation with the IMF Managing Director, Miss Kristalina Georgieva, asked the international body to also support programmes put together by the government.

While some believe it is a step in the right direction, others say the move is long overdue.

The show also discussed protests over economic difficulties in the country as people bear the brunt of rampant inflation amid efforts to boost the economy.

Over the week, the Arise Ghana demonstrators hit the streets of Accra to vent their spleens over hardships in the economy.

This led to violent clashes between the Police and the protestors. Some arrests were made whereas police officers sustained injuries.