Police in Ashanti Region closing in on car snatching syndicate 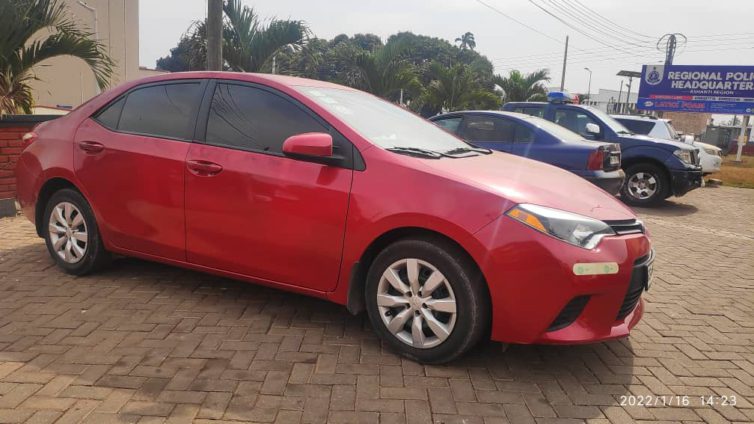 The Ashanti Regional Police Command has assured that it is closing in on a car theft syndicate whose members steal vehicles temporarily parked with the ignition on.

According to a statement from the Regional Police Command dated January 17, “the modus of this syndicate is to trail their victims to a distance and drive off their vehicles the moment they park for a short period.”

“Though the Police Command is closing in on the syndicate, drivers are cautioned to be wary of this new trend of crime and be very much conscious about this emerging trend and avoid becoming victims,” the statement further cautioned.

Police in the region have mounted a search for two gunmen who, at gunpoint on Sunday, snatched a Toyota Corolla car from its owner with a baby trapped inside at the Santasi suburb of Kumasi.

The vehicle was retrieved after the alleged snatchers abandoned it at Dakodwom, after a chase by the police patrol team.

Drivers are cautioned to be security cautious.

“Drivers should be vigilant and not hesitate to raise alarm at the least suspicion when they are being trailed by any suspicious character(s),” the statement, said.

“The Police would like to use this medium to entreat the general public, especially drivers not to let their guards down. Instead, they should endeavor to turn off their engine whenever they stop at any point of their journeys and remove the ignition key immediately when they turn off the engine.”

The statement further reads, “Owners of vehicles are also advised to install tracking devices in their vehicles to facilitate their interception when stolen.”

“Drivers are to be cautious of less populous areas and streets and avoid plying such streets during odd hours. The general public is entreated to note the Police emergency numbers 191, 18555 and call immediately when the need arises.”