Power supply was curtailed to Weija, adjourning communities due to flood – ECG 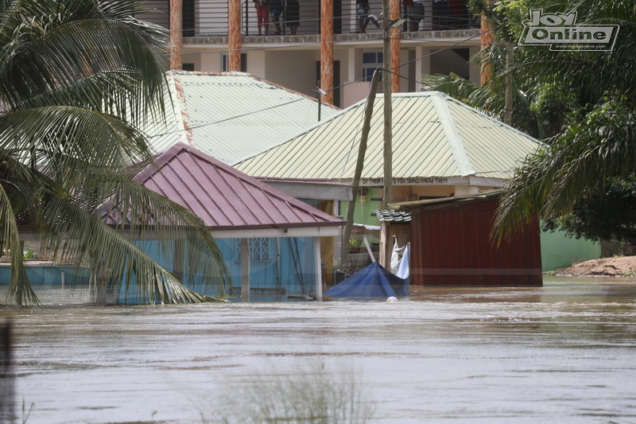 The Electricity Company of Ghana says although it is losing revenue, it cannot risk restoring power supply to some communities in Ga South which were affected by the flood.

This, the Communication Officer of the Accra West Electricity Company of Ghana, Fred Baimbill-Johnson on Joy FM’s Midday News stated, is because some of ECG’s transformers in the affected areas are in water.

“We have some situations where some of our ground-mounted transformers are in flooded areas so it is difficult to wheel power to the various communities,” he said on Thursday.

This comes after scores of residents in the Ga South municipality of the Greater Accra Region were displaced with several others trapped in their homes as Ashalaja, Weija, Oblogo and Tetegu areas flood.

He explained that the power supply was curtailed due to the flood to ensure the safety of residents and their properties.

JoyNews/AdomNews · Power supply was curtailed to Weija, adjourning communities due to flood – ECG

“Now we have done that knowing that indeed, once people are not using the power, it means that we are losing some revenue, but at this point in time what is more paramount to us is to make sure that life and property are safe,” he said.

According to ECG, a technical audit of its equipment must be done when the flood subsides to know the extent of damage and when to restore power supply to the affected communities.

However, he stated that power has been restored to the Weija Old Town area because the water level in that area has receded.

Meanwhile, there is temporary relief for the residents who were displaced by floods three days ago.

The National Disaster Management Organisation, (NADMO), says the water is receding and is likely to be safe for residents to return home.

But NADMO is warning of more trouble for the people as Ghana Water Company Limited (GWCL) continues spillage of the Weija Dam.

The Head of Communication at GWCL, Stanley Martey has already warned residents that the Weija Dam will remain open till the water reaches acceptable levels.

DISCLAIMER: The Views, Comments, Opinions, Contributions and Statements made by Readers and Contributors on this platform do not necessarily represent the views or policy of Multimedia Group Limited.
Tags:
ECG
Power Supply
Weija Dam Spillage