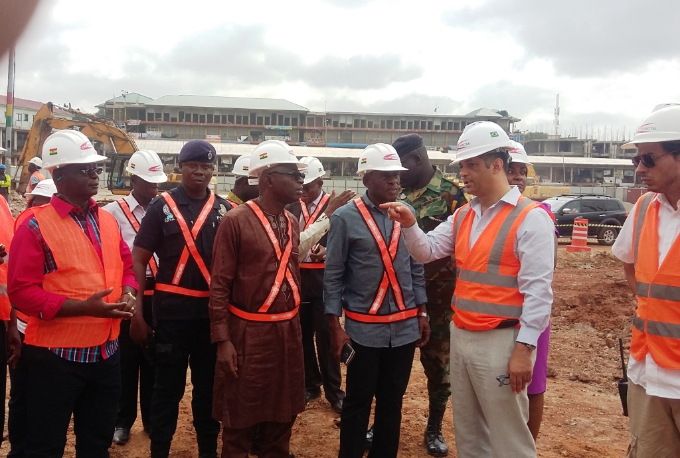 The Ministry of Local Government and Rural Development, has given indication President Mahama will in the coming weeks break ground for work to start on the Kejetia-Central Market redevelopment project in Kumasi.

The KMA recently moved to cordon off the Kejetia Terminal under tight security after series of demonstrations and verbal war by traders there.

The KMA is still in talks with traders to fully settle traders and commercial transport operators.

“The visit is to ascertain the situation on the ground so as to better advise the President on the anticipated sod-cutting ceremony for the official commencement of the project”, He told the media.

Alhaji Dauda hinted that the President would soon visit the project site to break the ground for the official commencement of work.

The first phase which is estimated to last for two and a half years will see the construction of a six-storey-structure over Kejetia that will accommodate original traders at the terminal and those to be moved from the central market.

The Minister toured the project showroom, the material site and the project camp site of the Brazilian contractors, Contracta Engenharia LTDA.

He called on the traders to cooperate with city authorities to ensure the success of the project.

Members of the minister’s entourage included the deputy Minister of Local Government, Mr. Kwadwo Agyekum and the Metro Coordinating Director of the KMA, Michael Ataogye.