Prof. Mike Oquaye writes: What is Republic Day in Ghana? 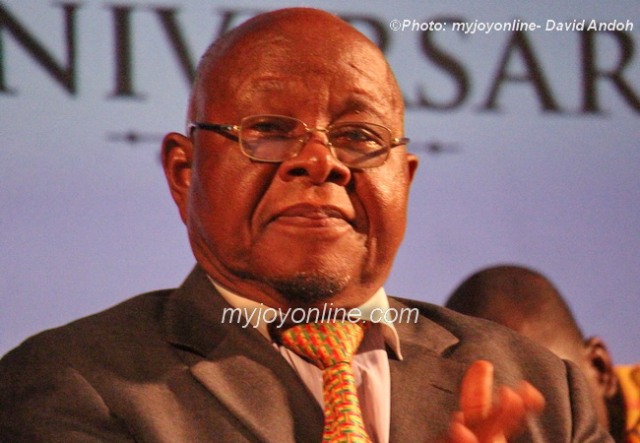 In 1960 Ghana became a republic. However, in 1966 that was overthrown by a military coup led by Kotoka, and the 1st Republic ended.

The 2nd Republic came into being in 1969. That republic also came to an end in another coup led by General Acheampong. In 1979 we had the 3rd Republic led by President Limann. Rawlings staged the 31st December Revolution/Coup in 1981 and ended the 3rd Republic.

On January 7, 1993, the 4th Republic was brought into being and Chairman Rawlings became a constitutional President.

No single constitution was ever restored. Each republic had its own constitution. It was new, fresh and different. When we celebrate July 1 as Republic Day and any foreigner asks: “which republic are you celebrating?”, what do we tell that person? Every reference in official circles speaks of the 4th Republic, including Parliament, etc. and that is what we must be celebrating. That is the Constitution which gives birth to a new hope for all Ghanaians.

A little history will be useful. On March 6, 1957 Ghana emerged the first African nation south of the Sahara to become independent from colonial rule. Osagyefo Dr Kwame Nkrumah, whose CPP had won a convincing victory in the 1956 general election, became the first Prime Minister and Dr K.A. Busia emerged leader of the opposition.

The governor was the representative of the Queen as Head of State, with essentially ceremonial functions while Dr Kwame Nkrumah was Head of Government, vested with the Executive power of the State. Ghana was a member of the Commonwealth of nations and was exerting itself in the global family of nations.

When Ghana became a Republic in 1960, it essentially was to remove the last remnant of colonisation. Our independence had been won already but like India, there was a clamour for a Ghanaian Head of State, as well as Head of Government. This aspiration began in India which became independent earlier in 1947.

In Ghana, however, Dr Kwame Nkrumah decided to combine the two positions of Head of State and Head of Government. This is how Dr Nkrumah became President after the 1960 general election under the 1960 Constitution.

Notably, nobody spoke of the First Republic throughout the era of Dr Nkrumah. It was simply the Republic of Ghana. That is what applies in the USA. That republic which came into existence in 1789 has never fallen nor changed. That, unfortunately, does not apply to Ghana.

In Ghana, we have had the First Republic, Second Republic, Third Republic and Fourth Republic. Each one had its own Constitution which was different. There is no single continuum in any of the Constitutions. Each was an era of its own. When constitutional rule was restored after each military intervention, a new constitution was established.

In fact, the First Republic was totally different from the other republics in terms of historicity and ideology. The 1960 Constitution was never restored. Indeed, it was repudiated in 1969. The former did not provide fundamental human rights, while the latter was a charter of liberty.

If we simply celebrate Republic Day without knowing what we are celebrating, we will be groping in darkness.

If we take 1st July as “Ghana’s Republic Day”, what Republic Day are we talking about? Are we celebrating that which was destroyed, abandoned, repudiated on February 24, 1966 or January 7, 1993, the day on which the 1992 Constitution was brought to being? How do you celebrate that which is otiose, dead and gone and replaced with another?

Ghana should not appear to be confused at all. I remember when President Kufuor was going to be sworn into office on January 7, 2001, Ghanaians who had been used to ‘handover’ after military rule were preparing for a handover from Rawlings to Kufuor.

Some of us stood vehemently against this and prevailed. The truth is that under the 4th Republican Constitution, there is nothing such as a handover. The Chief Justice administers an oath, the incoming President is sworn into office and the President becomes President.

An ex-President attends the ceremony simply as another special dignitary.

Ghana has been through three republics and is experiencing the 4th Republic (which we all believe, hope and pray will be the last). July 1, 1960 is no more our Republic Day. Historically, it is only one of the republic days of the past.

Today, so long as the 4th Republic continues, a President will forever be sworn in on January, 7.

January 7 is, therefore, a memorable day. It reminds us that we have a President, freely elected by us, who will rule Ghana by the tenets of our Constitution which came into effect 7 January, 1993. Our anthem today is different from the anthem during the 1st Republic.

There was nothing in the old anthem requiring Ghanaian to “resist oppressors rule” and no charge to the people to be “bold to defend for ever the cause of freedom and of right….”

The conceptualisation has totally changed and we cannot persist in the old order which is fundamentally different.

January 7 is significant for another reason. It was the birthday of the 1992 Constitution. What does it mean? Answer: From January 7,1993, Ghanaians can only be ruled by law – The Rule of Law; Separation of Powers; Freedom of Speech and other liberties; no detention without trial, freedom of the Judiciary; nobody (no President) can change a verdict of the courts of Ghana; Chieftaincy is sacrosanct and no President can depose a chief, etc.

On every January 7, we should celebrate the cause of freedom and of right. In the years that a President is not being sworn in, we should still dedicate the day to the most priceless of all God’s gifts to humanity – freedom and justice. We should say: “Never Again” to all acts of man’s inhumanity to man, military/civilian brutality and every act of oppression”. This is to ensure that our liberties once trampled upon will never be abused again. Never Again!

January 7, 1993 is the “Republic Day” of the Republic of Ghana. May God bless our homeland Ghana, May He save the Republic – the only Republic in current and legal terms – January 7,1993. We should celebrate that and not those which have been deliberately replaced. It is noteworthy that senior citizens will continue to have their special place on that day.