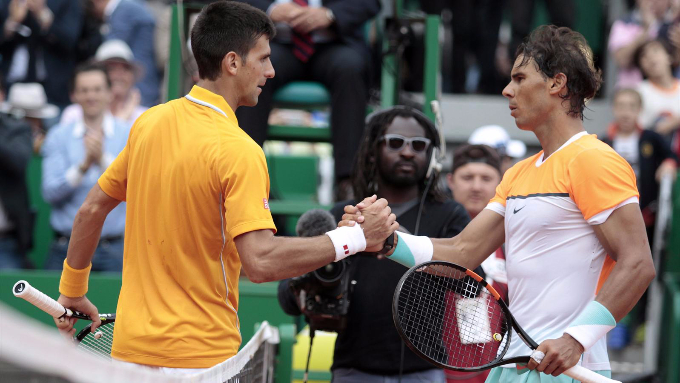 Although comprehensively beaten by Novak Djokovic on the Monte Carlo semi-finals, claycourt king Rafa Nadal believes he is on the right path as his beloved French Open looms.

The Spaniard, looking to clinch a record-extending 10th title at Roland Garros, lost 6-3 6-3 to the world number one in the European claycourt season opener. The third seed's defence was sometimes impressive but he never managed to take control of the contest.

But Nadal, who has had an below par start to the season, notably losing to Fernando Verdasco in the third round at the Miami Masters, was not worried. "The way that I played yesterday (against David Ferrer) and for moments today is the way that I want to play," he told a news conference. "Just with more matches playing like this, I will be enough confident to play.

"I go into the next tournament with the feeling that I made a big improvement in my game. I hope this tournament is a key moment for my season."

Nadal, who usually wears down his opponents, especially on clay, the slowest surface, admitted he had trouble coping with the physicality of the game.

He took a great start, enjoying a 2-0 lead in the opener and setting up a break point in the third game, before gradually fading away.

"If I'm able to play like the beginning for three hours, I can do it, then it is a different story, no?"