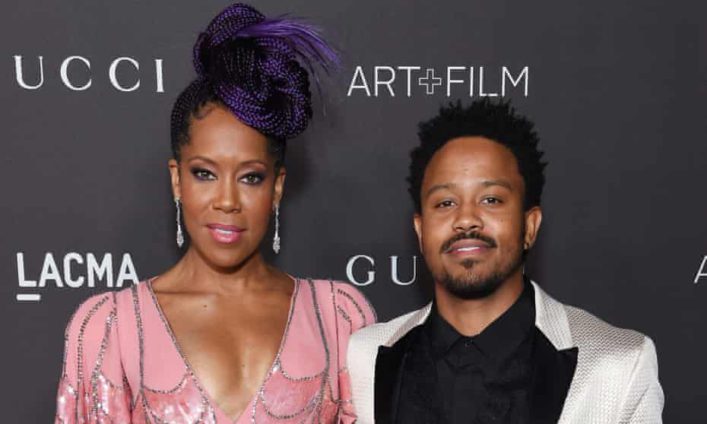 The Oscar winner tells ET the family is “devastated at the deepest level by the loss of Ian.” She added, “He is such a bright light who cared so deeply about the happiness of others. Our family asks for respectful consideration during this private time. Thank you.”

Alexander Jr. was King’s only child, whom she shared with ex-husband, the record producer Ian Alexander. King and Alexander got married in 1997 and were together for a decade before divorcing. According to multiple reports, Alexander Jr. died by suicide. He had just celebrated his 26th birthday on Wednesday.

Alexander Jr. was no stranger at red carpet events. He often walked them with his mother and attended numerous special events throughout Los Angeles. She was immensely proud of her son, and she took tremendous pride in being a “cool mom.”

Back in 2019, King told ET she felt as much, thanks to her “badass” Watchmen costume. Alexander Jr. also made it known, while walking the red carpet with his mom at the 2019 Golden Globes, telling E! News she was a “super mom.”

“She’s just a super mom,” Alexander Jr. told the outlet at the time. “She doesn’t really let bad workdays or anything come back and ruin the time that we have. It’s really awesome to have a mother who I can enjoy spending time with.”

He wrote, in part, “Happy birthday to my co, so extremely proud of you and inspired by your love, artistry, and gangsta! To be able to watch you take this lifetime by its neck and make it yours is something i will forever be grateful for. But to have you as my mother is the greatest gift I could ask for.”