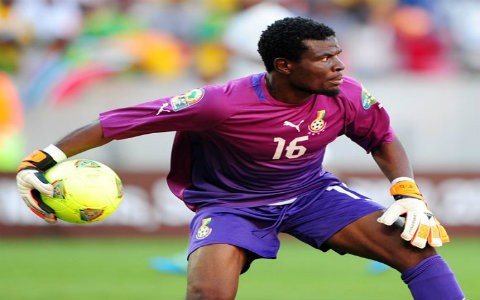 Reports are that Black Stars goalkeeper Fatau Dauda sealed a return to AshantiGold just some few hours before the transfer window closed  Tuesday.

Africanfootball.com understands the 29-year-old has penned a short-term deal.

Fatau was available on a free transfer by cancelling his contract with Premier Soccer League side Chippa United after only two months at the club.

Dauda is looking to get his career back on track following some uninspiring performances both at club and international levels.

His return to AshantiGold proves how determined he is to get back to playing regular football after struggling at Orlando Pirates and Chippa United respectively.

But Dauda faces stiff competition from Robert Dabuo and Nana Bonsu who have proven to be reliable pair of hands.