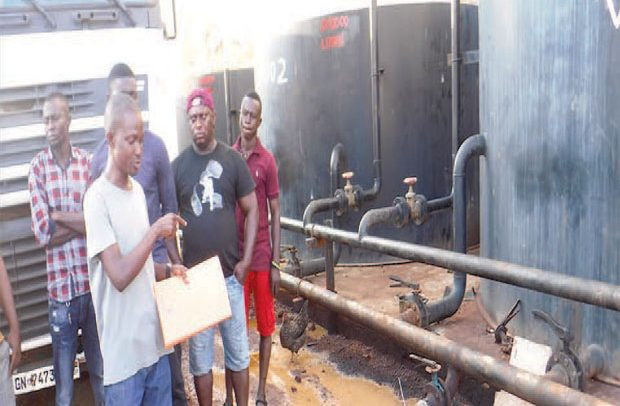 In the wake of the controversial sale of impure fuel products by the Bulk Oil Storage and Transportation Company Limited (BOST) to Movenpiina, an unlicensed oil marketing company, information gathered reveal the state entity engaged in similar transactions in the last two years.

Fresh evidence available to Myjoyonline.com suggest between March 5, 2015 and November 30, 2016 BOST sold millions of litres of contaminated fuel to 36 entities and individuals who did not have any official license from the National Petroleum Authority (NPA).

The local staff union of BOST was also allocated not less than 100,000 litres of the off-spec product at È»1 per litre. The transactions took place under the supervision of immediate-past Managing Director, Kwame Awuah Darko.

The new Managing Director of BOST, Alfred Obeng has come under attack over the decision to sell five million litres of contaminated fuel to Movenpiina, a company said to have been incorporated barely a month after it negotiated the deal with BOST and without NPA license.

The Energy Ministry is in the process of setting up an eight-member investigative committee to look into the transaction with Movenpiina.

The NPA is also in the process of taking action against all the unlicensed companies that entered into the trading arrangements with BOST because they flouted the NPA Law.

Chief Executive Officer of the NPA, Hassan Tampuli said on the Super Morning Show on JOY FM that: “Those transactions ought to have been done with licensed petroleum service providers”.

“If that was not the case then it was an illegality,” Mr. Tampuli told host of the Show, Kojo Yankson on Friday, June 30, 2017. He added that selling quantities of the product to staff is also a violation of the law.

“I think that this has been happening in the past so it has been accepted as an established protocol but that should actually not be the case,” he stated.

He explained that anyone operating in the oil marketing industry has to satisfy two key conditions- be an incorporated company and obtain an additional license from the NPA.

Hassan Tampuli said the NPA “reserve every right to exert all the necessary disciplinary measures to exact sanctions” on the companies and individuals who engaged in the illegality stressing: “Everybody must do everything in the industry in accordance with established protocol”.

Listen to the interview with Mr. Hassan Tampuli in the audio attached: