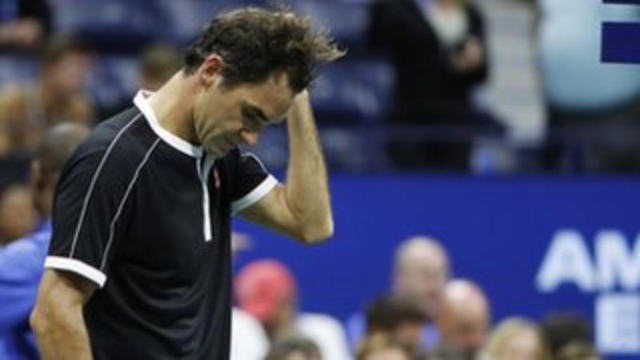 Five-time champion Roger Federer is out of the US Open after Bulgaria’s Grigor Dimitrov won a late-night thriller to finally beat the Swiss great.

Federer was hampered by injury in the latter stages, allowing unseeded Dimitrov to run away with victory.

Serena Williams underlined her tag as the favourite for the US Open with a brutal quarter-final win over China’s Wang Qiang in just 44 minutes.

She will face Ukraine’s fifth seed Elina Svitolina, who beat Britain’s Johanna Konta, in the semi-finals.

“When I play someone who is playing well I have to step up or go home and I’m not ready to go,” said Williams, who earned her 100th singles win at the US Open.

“I knew I needed to come out tonight and play well. I’m feeling good, had a really tough year and I’m still here.

“Physically I’m feeling great and more importantly I’m having fun every time I come out here.”