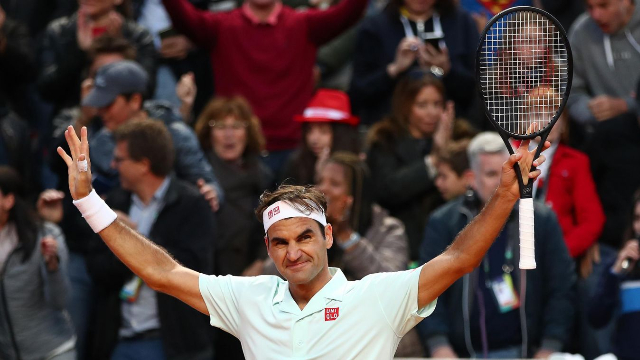 Roger Federer will skip the Masters tournaments in Madrid and Rome and only play Roland Garros on clay this year, his agent has confirmed.

Reports previously suggested that the world number three would opt to play in the Madrid tournament but these rumours have been quashed by his agent Tony Godsick.

Federer has been selective with his clay court schedule since 2017 where skipped the entire clay court season, including Roland Garros, two years in a row before returning and playing in Paris, Madrid and Rome last year.

The 38-year-old Swiss reached the quarter finals of both tournaments last year before reaching the semi-final of Roland Garros where he was beaten by Rafael Nadal.

The Madrid Open starts on 3 May before the Italian Open commences a week later, with the all-important French Open starting on the 24 May.

Federer’s only French Open title came back in 2009 but will be looking to add to his unprecedented 21 Grand Slam titles to steer off world number one and two Novak Djokovic and Nadal, who are both looking to replace him as the most male tennis players of all time.

DISCLAIMER: The Views, Comments, Opinions, Contributions and Statements made by Readers and Contributors on this platform do not necessarily represent the views or policy of Multimedia Group Limited.
Tags:
Roger Federer
Rolland Garros