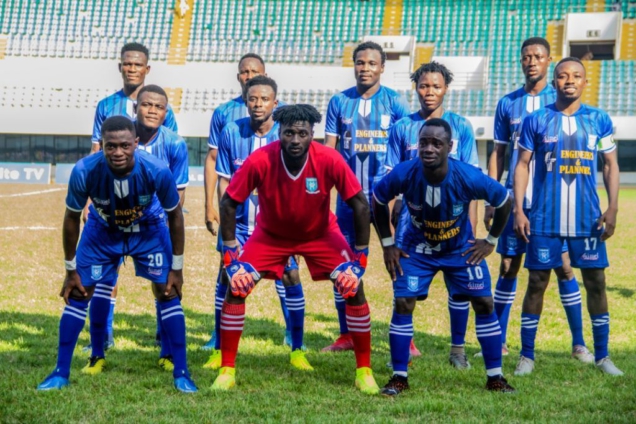 Players of Real Tamale United (RTU) have boycotted the club’s scheduled pre-season training ahead of the 2022/23 Ghana football season, LUV Sports can reveal.

A statement was released by management of the club on Monday asking players to report for pre-season training on Tuesday.

But the club’s Public Relations Officer, Sey Mubarak, tells LUV FM the players refused to show up at training due to unpaid salary and other bonuses.

There is a growing revolt in the camp of the Tamale-based side and according to the PRO, the players together with the technical team and management have not been paid since March 2022.

He emphasized the players have taken a decision only to report to training when their unpaid salary is settled.

“The mandate of the technical and management team expired at the end of the season and there were calls that both departments should be dissolved fortunately, the Board of Directors decided to give the mandate to the management and the technical team to continue but the head coach, Shaibu Ibrahim Tanko declined to continue because of personal reasons.

“We had a chat with Baba Nuhu Mallam who is the head coach of the Black Maidens and he accepted the offer.

“He had so much hope because he had spoken to about 80% of the players who were ready to turn up but he reported to training yesterday only to meet just a few supporters and some management members without the players and of course, the players unanimously have agreed that, unless they are paid, they are not returning.”

Sey Mubarak stressed the management team has reported the situation to the Board Chairman, Alhaji Subana and they are hoping the matter will be resolved as soon as possible.

“We had to go to the board chairman’s place to report to him that the statement they brought out on Monday has not actually worked out because the players have declined coming out for training so it is an urgent situation that needs to be resolved immediately.

“So he has also taken the matter up to the patron of the club who is the regional minister.

“We are hoping that within the course of today or tomorrow, we will get some positive news from there so that we will be able to inform the players about whatever monies that probably, we have to give them before they return,” he added.