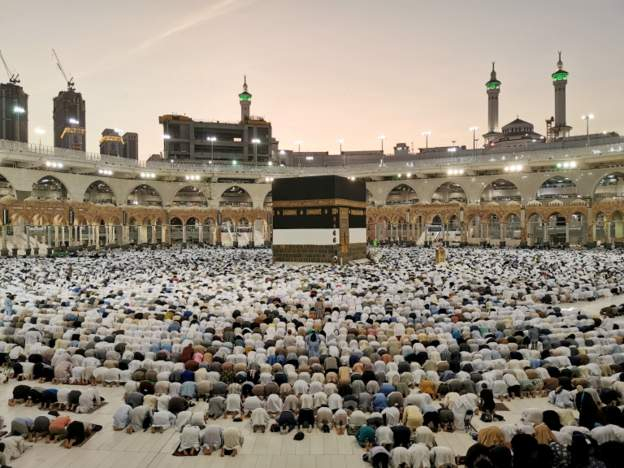 Saudi Arabia hosts the two holiest sites of Islam in Mecca and Medina.

The country welcomes millions of Muslim visitors throughout the year – with a peak for the Hajj pilgrimage, due to begin this year in July.

Unlike the Hajj, the “Umrah” can take place at any time of the year – but those journeys have now been stopped for foreigners. Entry is also suspended for visits to Medina.

Mecca, birthplace of the Prophet Muhammad, is home to Islam’s holiest shrine. Medina is where he is buried.

The ministry of foreign affairs said the suspensions were temporary – but did not say when they would end.

Non-religious tourists from countries with reported coronavirus infections will also be denied entry officials said, but without specifying which countries.

Saudi Arabia said this week that 400,000 tourist visas had been issued since October.