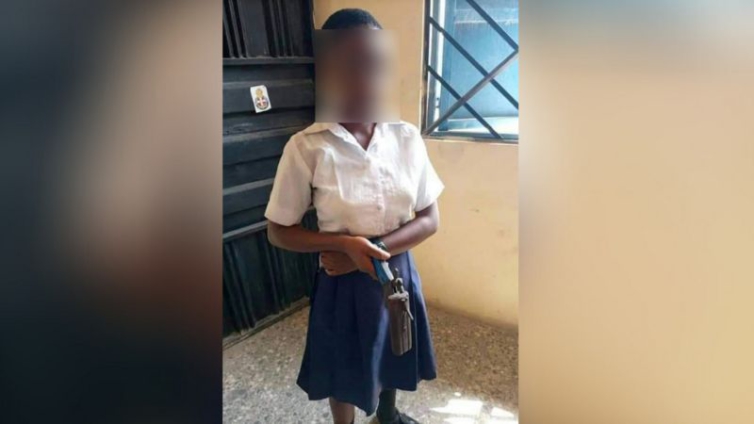 A female student of a Community Secondary School in Ikot Ewa, Cross River State, Nigeria, has been caught with a gun allegedly meant to shoot her teacher.

According to an eyewitness, Otunva Charles Edem, he said the girl brought the gun to school a day after her teacher asked her to cut off her dyed hair.

He further explained that as a rule, students are not permitted to come to school with either dyed or over-grown hair. However, when she was told to cut off her hair, she returned the following day with a gun to shoot her teacher.

Fortunately, the school’s principal saw her with the gun and raised an alarm, causing people in the community, and the students and teachers of the school to gather at the scene.

They successfully held her back and prevented her from acting out her intentions.

Upon interrogation, she revealed that the gun had been given to her by her boyfriend, an older man who lives in a nearby community.

The case has since been handed over to the police for further investigations.