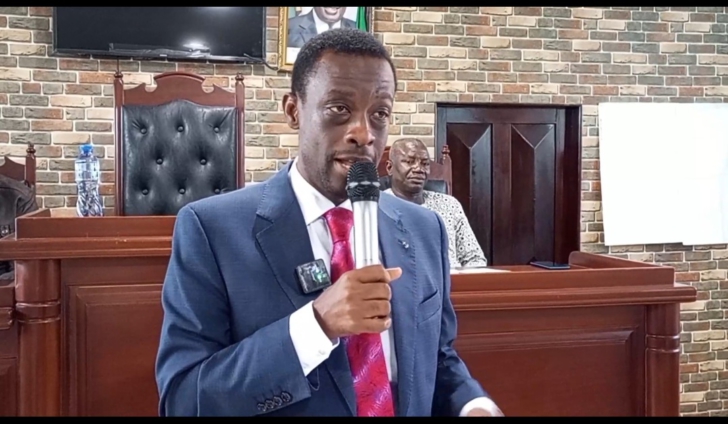 The Sekondi –Takoradi Metropolitan Assembly under the leadership of the Western Regional Minister and acting Mayor of the Assembly, Dr. Kwabenya Okyere Darko-Mensah has launched the ‘Operation Paint Your Building’ campaign.

The campaign was launched to sensitise and encourage owners of buildings in the Metropolis especially those along ceremonial roads such as the Nkroful Junction to Apollo Highway, Takoradi Accra High, Takoradi Kwesimintsim Highway as well as those in and around the Central Business District of Takoradi and Sekondi to paint or repaint their properties.

The campaign will also address the issue of abandoned, unfinished, and dangerous structures that are in disrepair, or collapsed, and are endangering lives and property.

Owners of such buildings will be notified and given a period of time to either renovate, complete or demolish them, otherwise the assembly will be compelled to demolish such buildings and surcharge the expenses to be incurred in the exercise to the owners if they fail to comply with the directives.

Dr. Darko-Mensah stated that the campaign is in line with Paragraph 2 of the STMA’s Bye-law on Maintenance of Premises, 2017, which states that a household, an owner or occupier of premises within the area of administration of the assembly shall keep the house clean, white-washed or painted on regular basis at least once every five years.

To this end, the acting mayor said the assembly intends to enforce this section of the bye-laws as part of the effort to make Sekondi-Takoradi the brightest city in the country.

“You will agree with me that, the ‘Operation Paint Your Building’ campaign has the potential to change the face of our Metropolis to the rest of the world if it receives the expected support from all stakeholders ….Paint on a building or any structure is not only meant to enhance the beauty or the outward aesthetic looking but also ensures its longevity as much as possible,” he added.

A three-month sensitisation campaign has been planned to create awareness on the ‘Operation Paint Your Building’ after which enforcement of the bye-law will be intensified.
As part of the awareness campaign, some information and education materials have been produced to explain and re-emphasize to stakeholders the need to support the exercise.

The Sub Metropolitan District Councils will also engage residents associations, landlords or caretakers, the leadership of religious groups and business associations within their jurisdiction.

Dr. Darko-Mensah hinted that to ensure smooth implementation of the exercise, the Assembly is in the process of engaging a paint manufacturing company to sell to building owners in the Metropolis at a discounted rate.

This arrangement he explains is expected to be completed as soon as possible for interested property owners to take advantage of.

“Again, colour codes will be assigned based on the local plans of the Assembly as part of the implementation strategy, in other words, specific colours will be chosen to each community or neighborhood to encourage pattern, ensure standardization and enhance ease in identifying locations or destinations.”

He however said consideration will be given to buildings along roads earmarked for reconstruction during the enforcement in view of the anticipated impacts of the road construction works on the buildings.

Notwithstanding, property owners within these areas who will wish to paint or repaint their buildings during the campaign period will not be prevented.