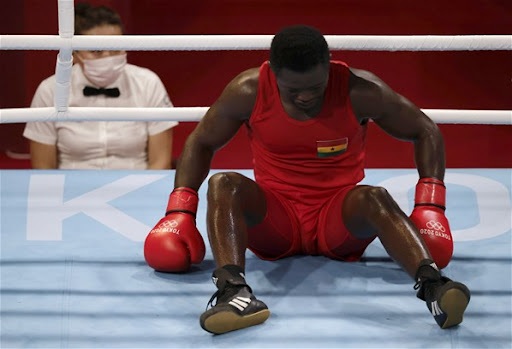 Light heavyweight Shakul Samed is out of the the Tokyo 2020 Olympic Games after losing to Bayram Malkan of Turkey via a second round technical knockout.

Shakul Samed, younger brother Issah and Bastir Samir was full of confidence going into the bout and started on the front foot. His incessant attacks left him open to counters from Malkan.

Shakul was behind on four of the five judge’s scorecard after round one with Malkan looking set to win the second. The Turk however ended the fight with a right hook which sent the Ghanaian onto his backside.

The Ghanaian beat the count but the referee ended the fight after determining that the Ghanaian was on unsteady legs and therefore unfit to continue ended the bout.