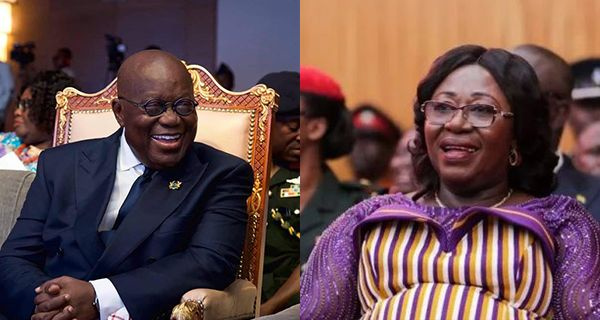 A former Deputy Chief of Staff has called out the President and his Chief of staff for what she believes is the unfair handling of benefits due former president John Mahama.

Dr Valerie Sawyerr is faulting President Akufo-Addo and Akosua Frema Osei-Opare for deliberately preventing the former President from accessing emoluments allocated to him as a statesman.

This comes barely a week after the 2020 NDC flagbearer revealed that he does not enjoy any financial benefits beyond what he was owed while in office.

According to John Mahama, the only remunerations he gets are from pensions drawn like every worker in Ghana.

In a statement released on Tuesday, Dr Sawyerr insists “it is a real shame!”

The NDC member indicated that it will be incomplete to leave out Nana Akufo-Addo’s Chief of Staff, Frema Osei-Opare because “if she is competent, she will have a list in front of her of the emoluments of ex-presidents and their spouses.”

“She should know, off the cuff, what President John Mahama is entitled to and should be ticking the items off one after the other as soon as the constitutional commitments have been fulfilled. Unless of course, she is following orders from President Akufo Addo to violate the laws of the land,” she explained.

This, together with other existing mechanisms, leaves her bewildered as to how some NPP members arrived at the permutation that Mr Mahama had received about ¢14 million in perks and benefits.

“Do the calculations. How can a rational human being arrive at a figure of ¢14 million by any stretch of his or her warped imagination? Your minions must do some research work so that when they formulate Kweku Ananse stories they do so along credible lines.”

For the former President’s advisor, “the attempt to belittle him cannot be justified. But even in that, you have failed miserably. President John Mahama still stands head and shoulders above President Akufo Addo.”

“With the terrible mismanagement of the economy, the pathetic interventions of Vice President Bawumia, the incompetence and lack of cohesive productivity of the members of government, and the constant corruption scandals, it is clear that the people of Ghana have given up on your government and are passionately clamouring for the return of President John Mahama,” she added.

DISCLAIMER: The Views, Comments, Opinions, Contributions and Statements made by Readers and Contributors on this platform do not necessarily represent the views or policy of Multimedia Group Limited.
Tags:
John Mahama
Nana Akufo-Addo
Valerie Sawyerr