Shatta Wale could be charged for publication of false information – Justice Abdulai - MyJoyOnline.com 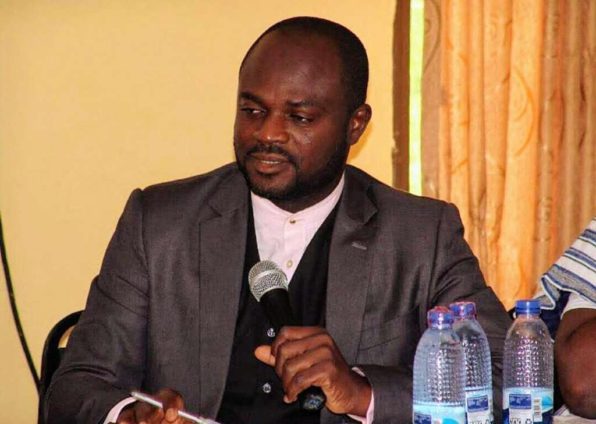 That is just one of the several charges the lawyer believes the musician, born Charles Nii Armah Mensah Jnr., can be slapped with by the Police for falsely claiming that he had been attacked.

On Monday evening, Shatta Wale’s personal assistant and a few other people posted on social media that the musician had been shot by unknown gunmen and was receiving treatment at a medical facility.

But taking to Facebook in the early hours of Tuesday, Shatta Wale gave an indication that his action was a publicity stunt to campaign against fake prophets.

Prior to Monday evening’s report, a self-styled preacher man, Stephen Akwasi, had prophesied that “a popular dancehall musician in Ghana would be shot on October 18, 2021”

Stephen Akwasi, who is the founder and leader of New Life Kingdom Chapel International, has been arrested over the matter.

Speaking on the possible legal consequences that the musician could suffer for his action, Justice Abdulai said Shatta Wale also risks being charged with compounding crime.

“Indeed, there are a lot of legal implications for the entire conduct of Shatta Wale, including some of the people who had confirmed the incident and the other who had published the false information”

“We can think of section 208 which is the publication of false information, 209 if indeed there was a discharge of firearms as he alleged that he was shot. We can think of abetments and conspiracy, and compounding crime, all these are possible offenses he could be charged with,” he said on TV3’s Midday news.

The musician, in another Facebook post, said that he has gone into hiding as he feared for his life.

He noted that until security agencies in the country step up to address such threats, as the one made by Stephen Akwasi, his whereabouts will remain unknown.

Responding to this, Justice Abdulai, who is also a law lecturer at the University of Professional Studies, Accra, said such rationalisation of his actions do not hold water.

Meanwhile, Justice Abdulai has condemned Shatta Wale’s action, asking that he is investigated and prosecuted in accordance with the law.

“We understand the circumstances that we find ourselves in. There is so much public information on kidnapping, abduction, and a host of other offenses. I don’t think we need to put in so much fear and panic within the public space. The best way to avoid that is to prosecute when the need be and this is one typical example of one of the issues I want to prosecute quickly,”