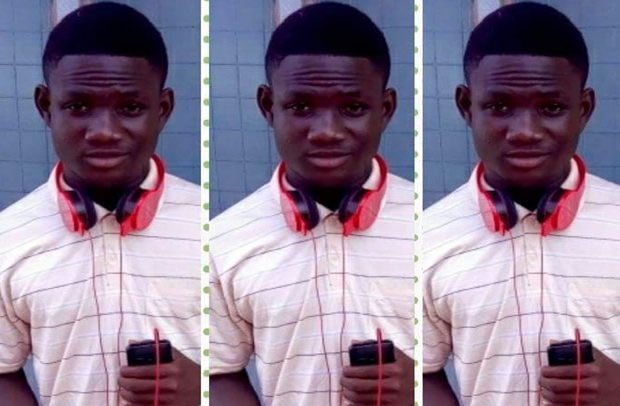 Family of a 17-year-old Visual Arts student of St Stephen’s Presbyterian Senior Technical High School, Asiakwa, near Kibi in the Eastern Region, suspect a foul deal regarding the death of their son in the school last week Friday.

The deceased, identified as Boris Commodore, reportedly died when he was being sent to the hospital for treatment by the school authorities while foam was said to be coming out of his mouth and nostrils.

His father, Peaceton Samuel Commodore, suspects that his son, who was the prefect of the Visual Arts class, was poisoned by his mates.

He said at dawn on Friday, November 25, he received a call from the assistant headmaster of the school, one Kyei, to report immediately because his son had been taken ill and was being sent to the hospital.

While on the way to the school together with his wife, Sylvia Dede Armah, Mr Commodore said he received another call that he should go to the Kibi Government Hospital where the son had been sent for treatment.

“On reaching the hospital, the authorities asked us to rather go to the school to meet the school authorities but never told us the reason why,” he claimed.

Mr Commodore said when they arrived at the school premises, a man came to welcome them and further asked Sylvia Dede Armah to escort him to the mission house but the woman declined, saying that she wanted to see her son instead.

He said it was there that the assistant headmaster broke the news of their son’s death to them.

The aggrieved father said when they visited the Kibi hospital morgue to see the body, they saw some foamy substance gushing out of Boris Commodore’s mouth and nostrils.

According to Mr Commodore, the doctor, who examined the body, later told them that the son died through poisoning and further advised that the matter be reported to the police immediately.

Mr Commodore said that when some of Boris’ friends were contacted, they told the parents that the students returned from prep with Boris at about 8pm; and before he went to bed, he ate soaked gari with sugar which he took from his chop box.

After eating the gari, the school mates said Boris went straight to bed but woke up at about 12am to complain of stomach ache.

The aggrieved family said the police had since not apprehended anybody in connection with the case since it was reported to them.