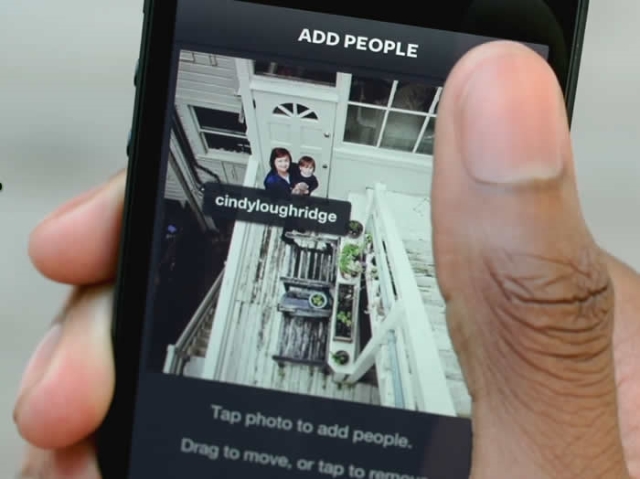 Snapchat is borrowing a feature from Instagram this time around — somewhat ironic, given that Instagram had shamelessly ripped off the Story feature from Snapchat first — with the app reportedly adding the ability to tag other users in stories with a link to their profile, according to TechCrunch.

The new feature was first spotted by Matt Rappaport, and appears to work as you’d expect: type out a username in the text field on your image or video caption in Stories, and viewers will be able to tap on it to bring up a new menu linking to the user info, where you’ll be able to directly add them as a friend.

There’s apparently no autofill feature that pops up when you type the “@” sign, so you’ll need to remember the username of the person you’re looking to tag, and said friend won’t apparently get a notification that they’ve been tagged, so they might not know that they’ve been added to someone’s story until a flood of new friend requests comes in.

Snapchat confirmed to TechCrunch that “We’re testing this,” although the feature hasn’t rolled out to all users and there’s no official word on when to expect it to make a more formal release.

DISCLAIMER: The Views, Comments, Opinions, Contributions and Statements made by Readers and Contributors on this platform do not necessarily represent the views or policy of Multimedia Group Limited.
Tags:
Instagram
Snapchat