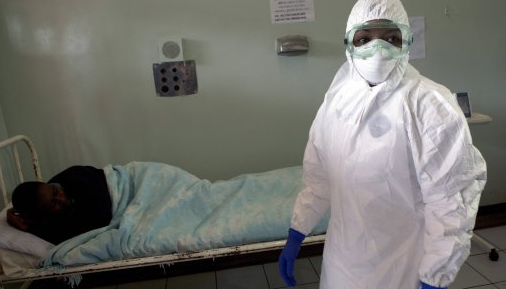 South Africa has recorded 23 new cases of coronavirus, the highest recorded in a day since the country confirmed its first case.

The new cases include four children aged below five years.

The country now has 85 confirmed cases of coronavirus which is the highest in sub-Saharan Africa.

The minister said the results were released close to Tuesday midnight because of discussions on the local transmissions.

Mr Mkhize also confirmed that tests on the more than 100 South Africans repatriated from Wuhan in China – the epicentre of the coronavirus outbreak – turned out negative.

The group will however remain in quarantine at a hotel in Limpopo province.

The ministry tweeted a thread of the latest confirmed cases:

17.03.2030
South Africa now has 85 confirmed cases of COVID-19. This means there has been an increase of 23 from yesterday’s announcement – Minister of Health, #ZweliMkhize #COVID19SouthAfrica #CoronaVirusUpdate27203:06 – 18 Mar 2020Twitter Ads information and privacy481 people are talking about thisReportReport this social embed, make a complaint

South Africa confirmed its first case on 5 March, a man who arrived from Italy with his wife who later tested positive as well on 8 March.

The country has been reporting additional cases since then but none has seen a high number of cases as those reported on Tuesday night.

President Cyril Ramaphosa last week declared a national disaster and announced a ban on travel from the countries worst hit by the virus.