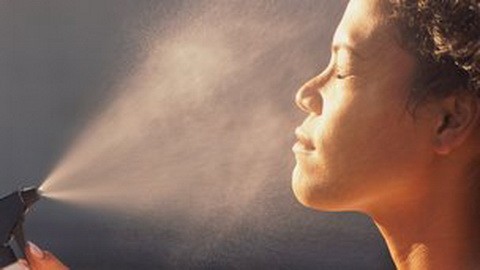 A “spray-on skin” which coats a wound with a layer of skin cells could help healing, according to US and Canadian researchers.

The spray was tested on 228 people with leg ulcers, which are painful open wounds that can last for months.

The findings, published in the Lancet, showed that ulcers treated with the spray were more likely to heal and did so more quickly.

Experts said faster healing could save money despite the cost of the spray.

Leg ulcers are hard to treat. The best treatment, compression bandages, will heal only about 70% of ulcers after six months. Other options include taking skin from somewhere else on the body and grafting it over the wound.

Instead the spray puts a coating of donated skin cells and blood-clotting proteins over the ulcer.

In the study, patients who were given the spray-on-skin every 14 days showed the most improvement.

The researchers said the size of the wound “began to decrease rapidly” as soon as the treatment started. In the patients who had the spray, 70% were healed after three months compared with 46% who received other treatment.

The spray was developed by Healthpoint Biotherapeutics in the US, which also funded the research.
Vast improvement

One of the scientists involved, Dr Herbert Slade, said: “The treatment we tested in this study has the potential to vastly improve recovery times and overall recovery from leg ulcers, without the need for a skin graft.

“This means not only that the patient doesn’t acquire a new wound where the graft is taken from, but also that the spray-on solution can be available as soon as required – skin grafts take a certain amount of time to prepare, which exposes the patient to further discomfort and risk of infection.”

The study largely tested the safety of the spray and the best dose to use, further studies will decide if it is a practical treatment for leg ulcers.

Leg ulcers are most commonly caused by high blood pressure in the veins of the legs which damage the skin, causing it to break down and develop into an open wound.

Irene Anderson, a lecturer in leg ulcer theory at the University of Hertfordshire, said: “A dressing or other application may have a positive effect on the wound for a period of time but ultimately if the underlying condition is not managed the leg will break down again.

“We do know that leg ulcers are becoming increasingly complex and when using the range of treatments available there needs to be clear evidence that there will be a beneficial effect to ensure cost effectiveness and to make sure that patients are not given false expectations of a cure.”

Commenting on the study, Prof Matthias Augustin from the University Medical Centre in Hamburg, Germany, said compression would be the main treatment for some time.

“The temporary higher costs for additional cell and tissue-engineered therapy can be justified as an investment in improved healing,” he added.