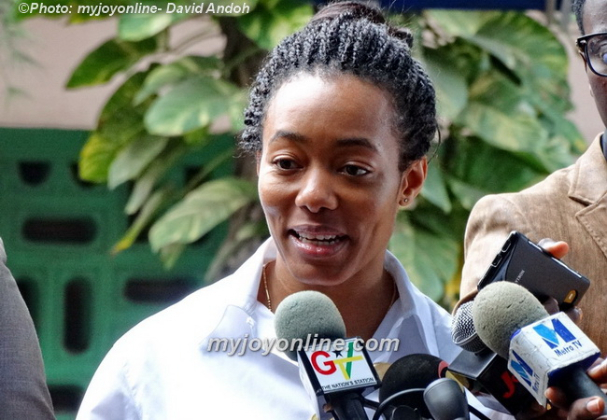 The High Court in Accra has adjourned to February 4, 2016 hearing of a suit challenging the legitimacy of the National Democratic Congress’ Klottey Korle Parliamentary candidate, Dr. Zanetor Rawlings.

Incumbent MP Nii Armah Ashitey filed a suit praying the High Court to prevent Zanetor Rawlings from holding herself out as parliamentary candidate for the constituency.

Nii Armah Ashitey who lost massively to Zanetor Rawlings in the party’s parliamentary primaries last year, is joined by another aspirant to sue daughter of former President Jerry John Rawlings.

They claim she was wrongfully elected since she is not a registered voter.

Mr Ashitey and Nii Johnson Coleman are thus praying the court to declare Zanetor Rawlings' election victory as null and void which will pave way for the re-run of the elections.

Joy News' Kwetey Nartey was in court and reports that the presiding judge, Elizabeth Nimako adjourned the case to enable the plaintiffs serve the Electoral Commission and the NDC – 1st and third respondents in the case – with a hearing notice.

Counsel for the plaintiff had prayed the court to subpoena the EC to provide registration details of Zanetor Rawlings, but the judge disagreed.

She said since the EC is party to the case, it should be presented with a hearing notice instead.

Some party executives are, however, not happy with the decision of the incumbent MP to resort to court to address his grievances.

They say the internal processes were not fully exhausted and they want Nii Armah Ashitey sanctioned by the party leadership.

“Nii Armah Ashitey is now becoming a liability to the party in the constituency. You went into an election and was beaten by 1000 or so votes and you lost the election. You are now disturbing the entire constituency and the party.

“The people have spoken and no matter the outcome of this particular case, I believe these people cannot represent the NDC in the constituency, there is no way. I am calling for his expulsion from the party,” a constituency executive, Abdul Wahab Alhassan told Kwetey.