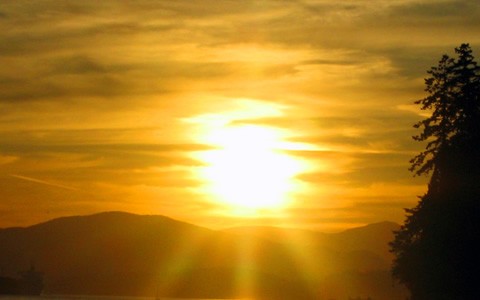 Living in a sunnier climate may reduce the risk of developing rheumatoid arthritis, according to US researchers.

Their study of more than 200,000 women, published in the journal Annals of the Rheumatic Diseases, suggested a link between sunlight and the risk of developing the disease.

They speculated that vitamin D, which is produced in sunlight, may protect the body.

Experts warned that people should not spend all day in the sun.

Rheumatoid arthritis is caused by the body’s own immune system attacking the joints and it can be intensely painful.

It is more common in women, but the reason why a patient’s own defences turn against them is unknown.

Researchers at Harvard Medical School followed two groups of more than 100,000 women. The first were monitored from 1976 onwards, the second from 1989.

Their health was then compared with estimates of the levels of UV-B radiation they were exposed to, based on where they lived.

In the 1976 group, those in the sunniest parts of the US getting the highest levels of sunshine were 21% less likely to develop rheumatoid arthritis than those getting the least UV radiation.

However, UV levels had no affect upon the risk of rheumatoid arthritis is the 1989 group.

The report’s authors said: “Our study adds to the growing evidence that exposure to UV-B light is associated with decreased risk of rheumatoid arthritis.”

They suggested that “differences in sun protective behaviours, eg greater use of sun block” could explain why the younger group of women showed no benefit from living in sunnier climes.

One theory is that difference in levels of vitamin D, which is produced when UV radiation hits the skin, could affect the odds of developing the disease. Low levels of vitamin D have already been implicated other immune system disorders such as multiple sclerosis.

Dr Chris Deighton, the president of the British Society for Rheumatology, said it was an “interesting study” which “gives us more clues” about how the environment can affect the chances of getting rheumatoid arthritis.

He added: “We cannot advocate everybody sitting in the sunshine all day to protect from rheumatoid arthritis, because UV-B burns people and increases the risk of skin cancer.

“The treatment options in rheumatology have transformed the lives of patients with this crippling disease in recent years and anything that adds to our knowledge is welcomed.”

Prof Alan Silman, medical director of Arthritis Research UK, said: “Studies that have been undertaken have not shown, thus far, that vitamin D is a useful treatment for rheumatoid arthritis.

“We know that many people with arthritis have low levels of vitamin D and this can have a powerful effect on the types of immune cells which may cause this condition.

“We’re currently doing research to find out how this happens and are performing lab studies to find out whether vitamin D can alter the aggressive immune response found in rheumatoid arthritis and turn it into a less harmful or even a protective one.

“In the meantime, until we know more, the best thing that people can do is to go out in the sunshine for up to 15 minutes in the summer months and expose their face and arms to the sun to top up their vitamin D levels.”