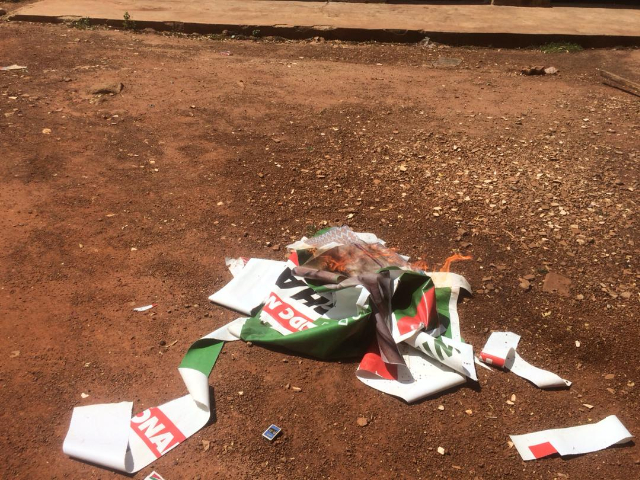 A group suspected to be a faction of the opposition National Democratic Congress (NDC) Saturday afternoon attacked some of their executives in the Northern Regional Capital, Tamale.

The ‘clash’ according to reports, have left the Regional NDC Secretary, Sualisu Be-Awuribe and Treasurer, Kassim Bakari, sustaining various injuries.

Although the cause of the attack is yet to be ascertained, the regional secretary has accused the Chairman, Alhaji Ibrahim Mobila, of instigating the assault.

He narrated to Joy News that, the national executives expected of them to submit names of some members to be facilitated for National Congress but the Chairman would not cooperate with him.

He added that the Member of Parliament for Tamale Central, Inusah Fuseini, tried intervening in the matter and it was on his way to meeting with the MP that some irate youth attacked.

The legislator confirmed the incident and has said attempts made by the Northern Region Minority Caucus in Parliament, to mend the differences between the Regional Chairman and Secretary have not yielded positive results.

“I do not think that it would be prudent for us to continue to push for a meeting of the entire executives in the Northern Region…I have seen pictures of the Secretary who appear to have been wounded by the attacks,” he said.

“So I don’t think it will be appropriate for me to continue with the other colleagues in Parliament on the NDC side to continue pushing for a meeting,” he added.

The regional chairman Alhaji Ibrahim Mobila has declined to comment on the issue.