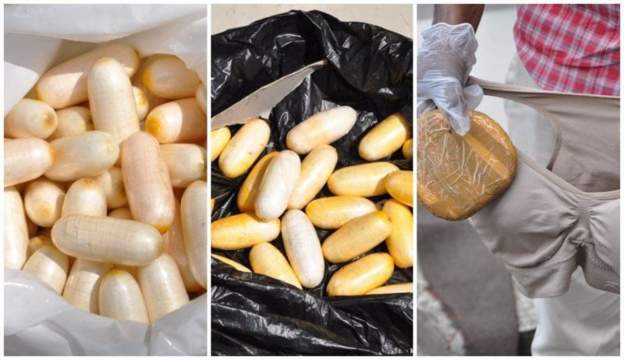 Ethiopia’s police have arrested 14 suspects for “trying to smuggle cocaine” through the country’s main airport in the capital Addis Ababa.

The Ethiopian federal police said the suspects, 13 Nigerians and one Brazilian, were found with 14kgs of cocaine concealed in their luggage, underwear and some were swallowed.

The suspects had arrived from Sao Paulo, Brazil, on Monday.

They were detained at the airport, according to narcotics operations commander Mengisteab Beyene.

Ethiopian police say they have seized 39kgs of cocaine and 36kgs of cannabis over the past three months.