Tamale Metropolitan Assembly fails to elect presiding member, at risk of being dissolved 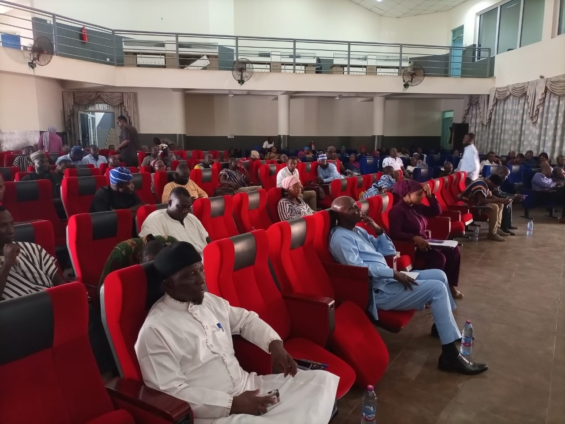 Members of the Tamale Metropolitan Assembly have been unable to elect a presiding member because the two contestants could not secure the required two-thirds of votes cast.

One person was absent, with no rejected ballot.

The Tamale Metropolitan Assembly has 62 members made up of 41 elected members, 18 government appointees, two Members of Parliament for the area and the Mayor.

Even though the two MPs and the Mayor are part of the membership, they do not have voting rights.

Speaking to the media, the Tamale Metropolitan Electoral Officer, Bismark Nteh said because neither of the two candidates made the 42 votes required by the standing orders of the House to be elected, the Assembly is expected to reconvene within ten days to elect a candidate.

The Assembly had earlier decided to take a break to enable the two candidates lobby for votes and then reconvene for the elections, instead they announced a postponed of the elections to a later date.

Coordinating Director of the Assembly, Mr. Gilbert Nuuri-Teg before the break, urged the Assembly Members to put their differences aside and put the interest of the Tamale Metropolis first. He cautioned that if members of the Assembly fail to elect a presiding member, business of the House would be jeopardised.

Mr. Nuuri-Teg said they will not be able to convene meetings to deliberate on matters of the Assembly and that would render the Assembly defunct.

He reminded the members of a provision in the Local Government Act which offers the President the power to dissolve and suspend an Assembly that is defunct.

He said the Assembly will not qualify for some major funding, citing the disqualification of the Assembly from presenting their appraisal assessment as one avenue for funding.