I will consult broadly – New Mayor of Tamale 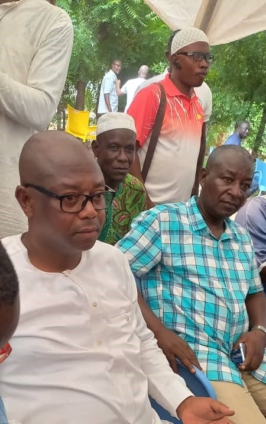 The Newly nominated Mayor of Tamale, Sule Salifu, has indicated that he will consult broadly to bring development to the Tamale Metropolis.

He said he will not be a Mayor who will impose development projects on the people, but would rather consult to ensure that the desires of the people are implemented. “I am a development expert and what my course teaches me is that, I should be consultative enough, I should involve the people, I should not decide solutions for people but allow them to bring up the solutions” Mr Salifu said.

Speaking after the announcement of the list of nominees Sunday, by the Minister of Local Government, Decentralisation and Rural Development, Dan Botwe, Mr Salifu said he will have a deliberate policy agreement with the Assembly Members who represent the people, to ensure the area is developed.

Mr Salifu added that chiefs, major political actors and development stakeholders will also be consulted. “These stakeholders need to be consulted because we need to carry the people along, if you ignore, discriminate and become selective in the way you consult the people, you cannot get the support of the people” he said.

The nominee thanked President Akufo-Addo for nominating him. He is hopeful that the Assembly Members would endorse his nomination.

Mr Salifu’s nomination has been positively received by people across the political divide, who have described him as a unifier who would cement the already existing peace in the area.

They want him to address issues of congestion in the Central Business District, create employment and open his doors to the youth.

He worked under President Kuffour as the Northern Regional Monitoring officer for the Ghana School Feeding Programme.

The Tamale Mayor nominee was the Norther Regional Director of the Youth Employment Agency until his appointment.

Mr Salifu holds a Masters Degree in Organisational Development from the University for Development Studies.