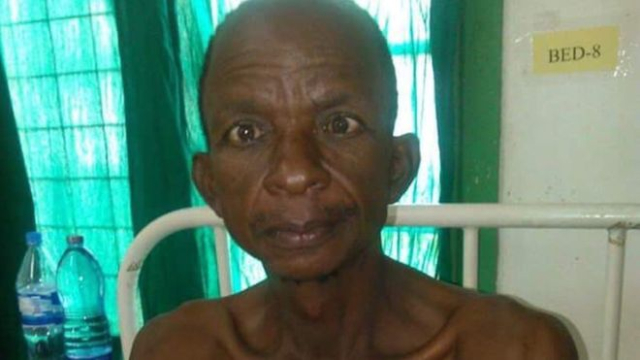 One of the five gold miners rescued in Tanzania after being trapped underground for 41 days has died.

Onyiwa Morris, 55, had digestive system complications after being admitted to hospital last week, his doctors said.

The other four men are still receiving treatment at the Kahama District Hospital, where doctors say their health is improving.

The miners survived on roots, soil, and insects after a shaft collapsed, blocking their exit from the mine.

Many Tanzanians have been touched by their survival story, turning up at the hospital with gifts.

These are likely to be gratefully received, given that many of the men's possessions had already been shared out among family members, who presumed they were dead, the BBC's Alice Muthengi reports from Tanzania's main city Dar es Salaam.

Many people search for gold in unregulated mines in remote areas of Tanzania in the hope of becoming rich.

The incident took place at a mine in the north-western Shinyanga region, 900km (500 miles) west of Dar es Salaam.