This Week on #TwitterGhana: NSMQ finale promises to thrill as Ketasco makes history and many more - MyJoyOnline.com

This Week on #TwitterGhana: NSMQ finale promises to thrill as Ketasco makes history and many more 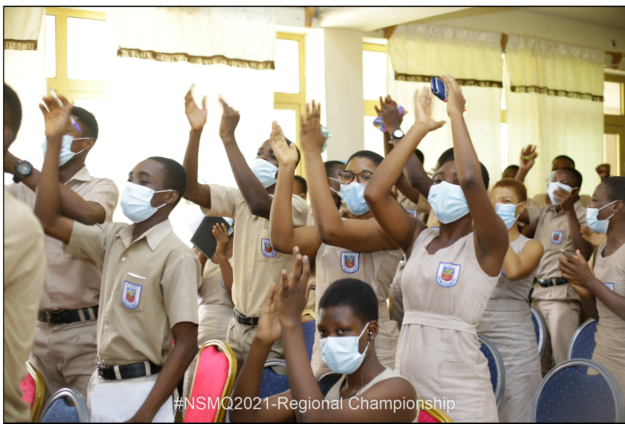 Leading social media platform, Twitter was as usual the talk of town with the latest news in music, movies, sports, entertainment and more on Twitter. Here is a recap of trending stories from the past week on #TwitterGhana

This makes Keta SHS the first ever school from the Volta Region to reach the finals! They’re certainly getting tons of love as seen in this Tweet, as well as the Replies and Quote Tweets.

Who will win this year’s NSMQ2021 Finale? Will Presec make it Seven?

Prempeh College and Presbyterian Boys’ Senior High School (PRESEC) join Keta Senior High School in what promises to be an exhilarating grand finale of the NSMQ 2021. With #NMSQfinals trending, there’s a lot of speculation on the Timeline around who will take the ultimate prize, as seen in this Tweet.

Influencers like Journalist Nana Aba Anamoah joined in the conversation, being particularly vocal about her support for PRESEC and hyping them in a series of Tweets.

Anticipation is high, with the NSMQ official page Tweeting that this is the finale we have been waiting for!

Three albums with features from Ghanaian Artiste Stonebwoy have been nominated in the Best Reggae Album category at iconic awards show, The GRAMMYs.

The Artist Tweeted the exciting news and thanked his fans for their constant support. Loads of congratulatory messages have come through for the Dancehall and Reggae Artist, including this Tweet from Silverbird Cinemas.

Ghanaian Reggae superstar, Rocky Dawuni has made the country proud once again with a nomination in the Best Global Albums category at the 64th GRAMMY Awards, with his 2020 EP, The Voice of BunBon, Volume 1. Several news outlets, including Pulse Ghana, Tweeted about the nomination.

A delegation from Accra Hearts of Oak paid a courtesy call to the President, His Excellency Nana Akuffo Addo at the Jubilee House. The courtesy call was part of activities marking their 110th Anniversary as a football club. The President pledged GH¢1million support to the team ahead of their confederations cup. Citi Sports shared the story in a Tweet.