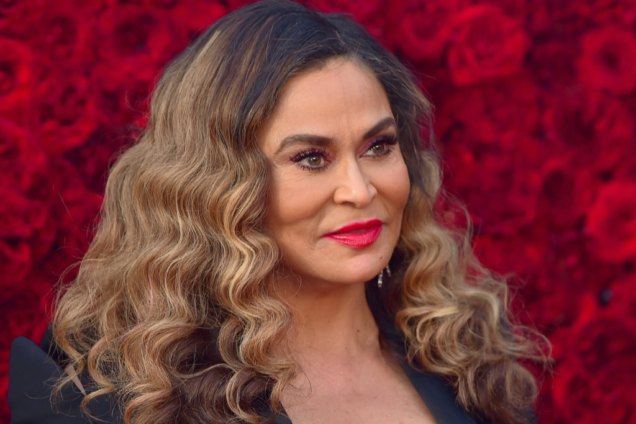 Tina Knowles-Lawson is opening up about a past experience.

On Thursday’s episode of CBS Mornings, a clip from Tina’s new project, Profiled: The Black Man, aired in which Beyoncé’s mother described an encounter with an older white woman.

“I can remember getting on a plane, and an older white woman saying, ‘Oh, your son is a gangster rapper, right? How did you let him marry your daughter?'” Tina said in a clip, alluding to her son-in-law, JAY-Z, who married Beyoncé back in 2008. The couple has three children, 10-year-old Blue Ivy, and 4-year-old twins Rumi and Sir.

“It was just shocking to me and I said, ‘No, actually, my son is a CEO,'” Tina recalled. “She didn’t think of him as a CEO, or even a talented celebrity that was a great businessman. At that time, I remember thinking, ‘I can’t be mad at her, because that is what the media portrays.'”

After the clip aired, Tina appeared on the morning show via video call and reflected more on the experience she described in the clip.

“I sat there and I thought about how the media portrays Black men and how that is typical of the things that they would focus on, the negatives,” Tina said.

“[They] try to portray us as these dangerous, our men as dangerous, uneducated. Gangster rapper, that’s all she could come up with, but that’s what she had been seeing on TV and all in the media. That’s how we’re portrayed, unfortunately.”

Tina Knowles-Lawson, executive producer of the new docuseries, “Profiled: The Black Man,” talks about the damaging stereotype that Black men are “dangerous” — and her hope to reshape society’s views. pic.twitter.com/s0c6P7VhzA

Tina is the executive producer of Discovery+ and OWN Network’s Profiled: The Black Man, a four-part docuseries. Hosted by Tristan “Mack” Wilds, the show will examine the origins of the widespread stereotypes that have long impacted the lives of Black men in America

. Tina noted that the goal of the project is “absolutely to debunk those stereotypes that our men are dangerous.”

“How many times has a Black man walked into an elevator and someone clutches their purse? Or they walk by a car and the doors get locked?” she questioned. “They could be a judge, they have no idea, but because it’s a Black man, especially if they’re of some stature, [they think] that they’re dangerous.”

“If we can kind of get people to understand that that’s not so, and show them examples of otherwise — that we do have good fathers, we are good providers, our men love their own women as well — [that’s the goal],” Tina added. “It’s just all the negative stereotypes. It’s perpetuated over and over no matter what. It’s just what everybody thinks.”

Once people see the show, Tina said, she hopes they’ll think, “Wow, maybe I’ll give people a chance before I judge them for the colour of their skin.”

“I pray that it’s going to happen soon,” she said. “I pray that everybody will open their minds and open their hearts and that everyone will get together and see each other as people, not by the colour of their skin.”

Profiled: The Black Man will premiere on Feb. 12 on Discovery+.