To cut or not to cut – Analysis of NPP tax proposals 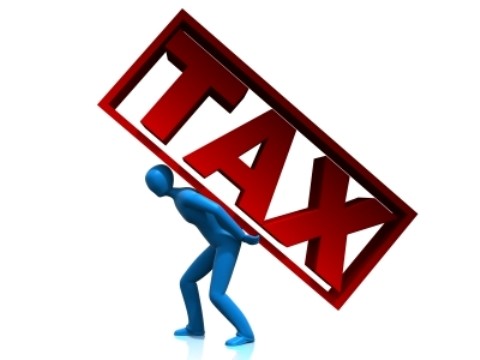 The New Patriotic Party, in its Manifesto for the 2016 Elections, highlighted as one of its main Economic Policy Direction for the country, is to “shift the focus of economic management from taxation to production”.

To achieve this objective, the party outlined numerous tax cuts measures as follows;

The New Patriotic Party clearly has an agenda to create a business friendly environment by reducing taxes. The Party believes that reducing these taxes will lead to increase in production and economic activity which will in the short run compensate for any temporary revenue shortfall.

The proposed tax cuts have been welcome news for many business owners, labour unions and the civil society. However, the question being asked by policy analyst and political opponent is how much the tax cuts will affect revenue generation, and how the NPP intends to finance it numerous campaign promises in lights of the tax cuts.

According to information from the GRA and Ministry of Finance, six of the proposed tax cuts will result in an estimated revenue loss of roughly GHÈ»2.6 billion in 2017 alone as highlighted in the table below.

The question now is, how will the proposed tax cuts translate into viable economic growth as being purported by the New Patriotic Party.

Proponents of tax cuts point to the effects that lower taxes have on incentives to work, to save, and to invest, and argue that reducing tax rates boosts economic growth.

According to Ergete Ferede and Bev Dahlby, in a publication titled “The impact of tax cuts on economic growth: evidence from the Canadian Provinces”, they concluded as follows; “We find that a higher provincial statutory corporate income tax rate is associated with lower private investment and slower economic growth. Our empirical estimates suggest that a 1 percentage point cut in the corporate tax rate is related to a 0.1– 0.2 percentage point increase in the annual growth rate”.

Eric Engen and Jonathan Skinner, in a related publication titled, “Taxation and Economic Growth” used three approaches to consider the impact a major tax reform – a 5 percentage point cut in marginal tax rates in United States on long-term growth rates. They concluded as follow; “Our results suggest modest effects, on the order of 0.2 to 0.3 percentage point differences in growth rates in response to a major tax reform. Nevertheless, even such small effects can have a large cumulative impact on living standards”.

Critiques of the NPP tax cuts have questioned lack of industry specific details in the proposal.  Currently, there are sectors that enjoy lower tax rates than the 25%. Hotels, financial institutions and companies listed on the stock exchange, for instance.

Does the proposed cut intend to remove the incentive differential and tax these companies at the flat rate of 20%? The same is true for non-traditional exporters who are taxed at only 8%.

Income derived by Financial Institutions from loans granted to farming enterprises and loans granted to leasing companies are currently taxed at 20%. Will these rates be reduced to 15% or the whole incentive will be removed.

Will the NPP proposed tax cuts affects companies in the Mining and Petroleum sectors who are currently taxed at 35%? In 2010, the government revised the mining tax rate back to 35% after the NPP had brought it down to 25% in 2006.

What no one can dispute is that the current tax burden on business is interfering with private sector growth. The question is how the new administration will deal with the drop in revenue which is being estimated at GHÈ»2.6 billion in 2017 alone.

Deputy Minister for Finance, Mr. Ato Forson, in a publication titled; “Would tax cuts induce growth in Ghana: An assessment of NPP’s manifesto promises”, made the following conclusions;

“The NPP [party] may not be able to pursue the proposed tax cut and expenditure programmes simultaneously. It may have to choose one of the two policies at a time. The possible options therefore, are as follows:

(1) borrow heavily on commercial terms to be able to implement both policies simultaneously,

(2) suspend the tax cuts in order to be able to admit expenditure programmes,

If the tax cuts are not financed by immediate spending cuts they will likely also result in an increased budget deficit, which in the long-term will reduce national saving and raise interest rates. Base-broadening measures can eliminate the effect of tax rate cuts on budget deficits, but at the same time they also reduce the impact on labour supply, saving, and investment and thus reduce the direct impact on growth.

In conclusion, empirical research has shown that tax cuts can induce growth, however, appropriate measures will have to be put in place to deal with potential budget deficits in the short run.

Evans Crentsil-Taylor is a Chartered Accountant and a Member of the Chartered Institute of Taxation Ghana. Evans is the Founder of Tax Solutions Ghana, an online portal that provides tax information.  www.taxsolutionsgh.com