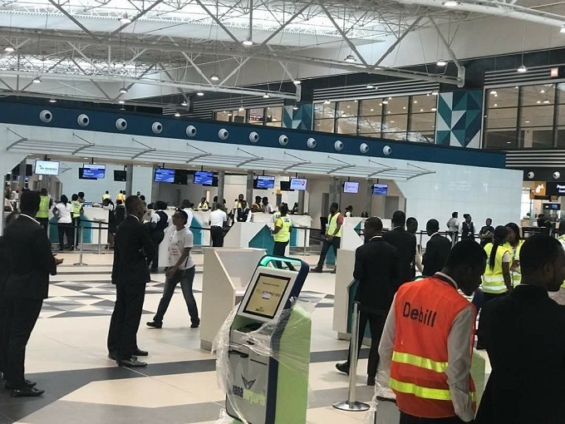 Tourist arrivals into the country fell sharply by 89.3 percent in the third quarter of last year.

According to data from the Bank of Ghana, a total of 32,602 tourists entered the country during the review period, compared with 304,601 visitors received in the third quarter of 2019.

The decline in tourist arrivals during the year was mainly due to travel restrictions in the fight against the COVID-19 outbreak during the first- two months of the quarter.

The Central Bank said economic activities at the country’s two main harbours [Tema and Takoradi], as measured by laden container traffic for imports and exports, recorded an improvement during the third quarter of 2020, compared with what was observed in the corresponding quarter of 2019.

Similarly, port activity increased by 25.7% when compared to 146,266 laden containers recorded in the second quarter of 2020.

The BoG indicated that the relative improvement in port activities may be attributed to an up-tick in international trade activities during the quarter.

Transport-related economic activities, measured by vehicle registration by the Drivers Vehicular Licensing Authority, improved by 32.9% to 51,703 in the third quarter of 2020 compared to 38,903 vehicles registered during the corresponding quarter of 2019.

Similarly, the number of vehicles registered during the review period increased by 23.5% relative to 41,879 vehicles recorded in the second quarter of 2020.

The comparative improvement recorded in vehicle registration was due to an increase in vehicle importation during the review period.

The consumption of electricity by industries, which is a proxy for activities within the productive sectors of the economy, went up by 13.3% during the third quarter of 2020, compared with the corresponding period of 2019.

Similarly, industrial consumption of electricity increased by 10.4% from 650.84 giga-watts utilised for the second quarter of 2020.

The relative improvement in the electricity consumed by industries  the report said could be attributed to stability in power supply coupled with a rebound in industrial activity following the initial impact of the coronavirus pandemic.

DISCLAIMER: The Views, Comments, Opinions, Contributions and Statements made by Readers and Contributors on this platform do not necessarily represent the views or policy of Multimedia Group Limited.
Tags:
Bank of Ghana
Construction Sector Activities
Port activities
Tourist arrivals
Vehicle Registration