Tramadol is narcotic! NACOB should clampdown on its abuse – Psychiatrist 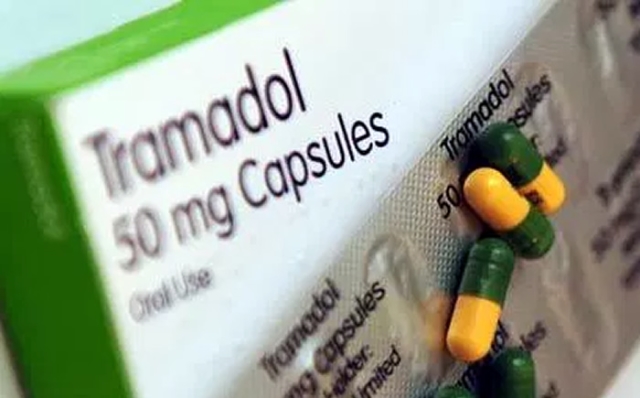 A psychiatrist specialist says it is time the Narcotics Control Board (NACOB) wakes up to its responsibilities to curb the widespread abuse of Tramadol, which he claims is a narcotic.

Dr Yao Mfodwo says the Board should save the lives of Ghanaians by going after the importers and peddlers of Tramadol which is killing people nationwide.

“This is a narcotic…stop following cannabis…stop wasting our time…this is the real deal…please NACOB, wake up,” he told Evans Mensah on Joy FM’s Ghana Connect programme Friday.

According to him, Tramadol is a dangerous narcotic substance which is even restricted in medical use and also due to its addictive nature, its use must be regulated.

Tramadol, a restricted medication used to treat moderate to moderately severe pain, has become almost “a street drug” for the treatment of a normal pain like a headache, sometimes with approval from health practitioners.

Dr Mfodwo has called for an urgent action to discontinue the increasing abuse of the strong pain reliever, which has become very popular among the public, particularly the youth.

Ask why the drug has been widely abused nationwide, he said it is “because we have very lax regulatory supervision over pharmacies and controlling our borders. Also, we do not like to take simple professional advice.”

According to him, the ring taking advantage of the loose border controls to undertake such “organized crime” sell it for cheap to get people hooked and that is their ticket to making money.

“Before you realise your spending moves from ¢10 to ¢20 and up it goes and you are body all kinds of things because your body is hooked to the drug,” he lamented.

However, the NACOB PRO, Nana Osei Nkwantabisa explained that Tramadol is not under the schedule of narcotic substance as “it is under the supervision of the FDA and Pharmacy Council.”

He disclosed that in 2013 and 2014, NACOB impounded some containers at the Tema harbour which the FDA failed to pay any attention to them to facilitate its destruction.

According to him, they are working in collaboration with the FDA in parts of the control to clamp down on the abuse of the drug.

The FDA has also said it is collaborating with other government agencies to man the various borders to close any loose end to stop the influx of the drug.

The Pharmacy Council has also hinted of conducting its own investigations so as to sanction those found culpable.