Trump '100% within his rights' to challenge results - Senate leader - MyJoyOnline.com

Trump ‘100% within his rights’ to challenge results – Senate leader 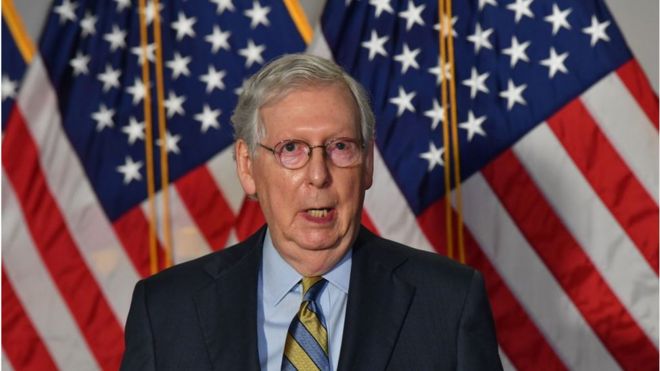 The Senate’s top Republican, Mitch McConnell, says President Trump is “100% within his rights to look into election irregularities”.

In his first comments since Joe Biden was announced the projected winner, McConnell on Monday said the US political system “will resolve any recounts or litigation”.

“The core principal here is not complicated, in the United States of America, all legal ballots must be counted, and illegal ballots must not,” said McConnell, adding: “The courts are here to work through concerns.”

McConnell made the comments, while congratulating his Republican colleagues for their wins in the House and Senate races – which were voted for in the same election, last Tuesday.

Prior to the election, McConnell appeared to be distancing himself from Trump, proclaiming that he had not been a frequent visitor to the White House in recent times.