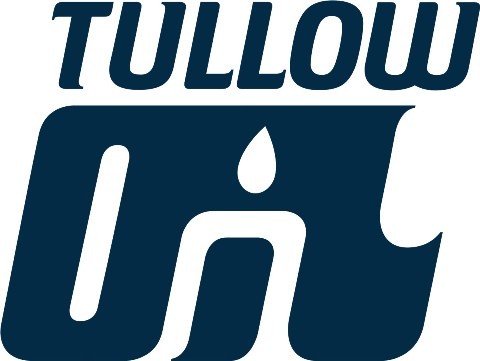 Tullow has announced that its final round of Jubilee shutdown would not last for more than 12 weeks.

The announcement was contained in the company’s trading statement and an operational update issued Wednesday morning.

Tullow also disclosed in a press release on Wednesday that the Tweneboa Enyenra and Ntomme (TEN) field would also be shut down for 10 days later this year.

Below is the statement from Tullow

Tullow Oil plc (Tullow) issues this statement to summaries recent operational activities and to provide trading guidance in respect of the financial half year to 30 June 2017. This is in advance of the Group’s Half Year Results, which are scheduled for release on Wednesday 26 July 2017. The information contained herein has not been audited and may be subject to further review and amendment.

Chief Executive Officer of Tullow, Paul McDade said, “Tullow continues to make good progress despite tough market conditions. Our recent Rights Issue and free cash flow from our low cost, producing assets have resulted in a significant reduction in our debt and provided the Group with greater financial and operational flexibility.

“Since I became CEO in April, I have reviewed our medium-term plans and remain satisfied that we are making the right investment decisions with regard to our producing, development and exploration portfolio. Financial discipline and efficient capital allocation will be a key focus of my tenure as CEO as we seek to deleverage the Company and return to growth even at low oil prices.”

The Interim Spread Mooring of the Jubilee FPSO was successfully completed in February and the vessel is now anchored to the seabed with the turret bearing locked and the vessel held on a constant heading.  The Joint Venture Partners and the Government of Ghana have agreed on the need to stabilize the turret bearing and a shutdown of between five and eight weeks is planned for late 2017.

Work continues to further reduce the length of this shutdown. Planning for the rotation of the vessel to its optimum heading and the installation of a deep water offloading system is ongoing and it is anticipated that this work will be executed in two stages in 2018 and 2019. The total shutdown duration for stabilisation, rotation and offloading system installation is not expected to exceed 12 weeks.

Work is progressing with the Government of Ghana and JV Partners to update the Greater Jubilee Full Field Development Plan (GJFFD). The JV Partners remain on track to re-submit the GJFFD Plan by the end of July 2017 with approval expected later in the year, allowing drilling to commence in 2018. A 4D seismic survey was completed in the first quarter of the year and data acquired will be used to optimise the location of GJFFD wells and to assist with ongoing reservoir management.

TEN During the second quarter, trials to optimize the fields and facilities throughput have resulted in production levels regularly in excess of 50,000 bopd. In June 2017, a final commissioning capacity test and facility blowdown was completed demonstrating that that FPSO can operate in excess of its design capacity of 80,000 bopd. The testing however identified an issue with the FPSO’s flaring system which has been addressed but required a 10-day shutdown of the facility.  Production in the first half of 2017 from the TEN fields is therefore expected to average 48,000 bopd (net: 22,700 bopd) while full year gross production guidance remains unchanged at 50,000 bopd (net: 23,600 bopd). The TEN gas manifold has also been installed and commissioned and a gas export trial to GNGC facilities has been successfully completed.

The final oral hearings at the International Tribunal for the Law of the Sea (ITLOS), with regard to the maritime border dispute between Ghana and Côte d’Ivoire, took place in February 2017. During the proceedings the Chairman of the Tribunal indicated that a final ruling was expected around the end of September 2017.

The Joint Venture Partners are currently progressing a rig tender process that would, subject to the ITLOS decision, allow drilling of the remaining wells to resume around the end of the year.

Full year gas production from Europe averaged 5,600 boepd in the year to date, which is slightly lower than expectations due to deferment and delays in some activities. Tullow expects the full year 2017 European gas production to now average between 5,500 and 6,000 boepd.

Kenya Exploration and Appraisal The exploration and appraisal campaign in Kenya has progressed to schedule with important results from the successful Erut -1 exploration well, which extended the proven oil limits to the northernmost end of the South Lokichar basin, and the Emekuya-1 exploration well which demonstrated oil charge across a significant part of the Greater Etom structure. The Group also drilled the Amosing-6, Ngamia-10 and, most recently, Etom-3 appraisal wells, the results of which are being incorporated into ongoing field development planning activities.

As previously disclosed, the Joint Venture Partners have decided to extend the current exploration and appraisal campaign by a further four wells.  The additional wells will further explore prospects adjacent to the Greater Etom structure and test an undrilled fault block adjacent to the Ekales field. In addition to these wells, a further well, Ngamia-11, will be drilled and completed for use in an extended water flood pilot test in conjunction with the Early Oil Pilot Scheme (EOPS).

Water injection testing on the Amosing and Ngamia fields has been successful and demonstrated the feasibility of water injection for the development of these fields. The results from the exploration and appraisal program will be integrated into ongoing field development activities

Field development In addition to the drilling and operational activities to support FID for the Kenya Full Field Development, engineering studies and contracting activities are under way in preparation for the start of FEED, which is expected to commence in late 2017. In parallel to the upstream development work, the Joint Venture Partners and the Government of Kenya continue to progress commercial and finance studies for the proposed export pipeline, and preparations are under way for the Environmental and Social Impact Assessment (ESIA).

The EOPS Agreement between the Joint Venture Partners and the Government of Kenya was signed on 14 March 2017 allowing all EOPS upstream contracts to be awarded. The first stage of the EOPS will be the evacuation of the stored crude oil, which was produced during extended well testing in 2015, to Mombasa by road. This will be followed by an extended waterflood pilot test in Ngamia and EOPS production of 2,000 bopd which is expected to commence in late 2017. Results from the Ngamia waterflood pilot will assess sustainable production levels to inform the overall resource and Full Field Development Plan.

Uganda Field development Key work programme activities, such as the FEED, ESIA and Geophysical and Geotechnical surveys are under way. Based on the progress with these activities, Tullow and its partners are working toward project FID around the end of the year.

East Africa Crude Oil Export Pipeline (EACOP) The Governments of Uganda and Tanzania signed an Intergovernmental Agreement (IGA) for the pipeline, the critical infrastructure for this project, on 26 May 2017. This has secured the pipeline routing and allowed discussions to commence with the Governments of Uganda and Tanzania on the Host Government Agreements and other key commercial agreements. The pipeline FEED and ESIA are progressing well and both are expected to be completed in advance of FID.

Farm-down to Total and CNOOC On 9 January 2017, Tullow announced that it had agreed a transfer of interest of its assets in Uganda to Total to transfer 21.57% of its 33.33% Uganda interests for a total consideration of $900 million. CNOOC Uganda Limited (CNOOC) has exercised its preemption rights under the joint operating agreements between Tullow, Total and CNOOC to acquire 50% of the interests being transferred to Total on the same terms and conditions that were agreed between Tullow and Total. Tullow is now working with Total and CNOOC to conclude definitive sale documentation in relation to the farm-down.  Completion of the transaction is subject to certain conditions precedent which include approval by the Government of Uganda.

Since the beginning of the year Tullow has focused on the preparations for the drilling of the Araku-1 wildcat well in Suriname, the acquisition of new geophysical data across the portfolio at competitive market rates and the capture of new acreage in Africa and South America.

Preparations for the drilling of the Araku-1 well, offshore Suriname, continue with the award of the rig contract and the project is on track to commence in the fourth quarter of 2017.  A 667 km 2D seismic survey in Jamaica and a 2,555 sq km 3D seismic survey in Uruguay have been completed. The data in Uruguay will be assessed to mature prospects into drilling candidates while the data in Jamaica will be used to refine the location of a potential 3D seismic survey planned for 2018. In Mauritania, a 600 sq km 3D survey in block C18 has been completed and further 3D survey in C3 to cover new shallow water plays will commence in September. In Zambia, a 20,000 sq km full tensor gradiometry gravity survey to cover three frontier Tertiary age rift basins has been awarded and will commence in August. A 4,000 sq km 3D seismic survey over the Kanuku licence (operated by Repsol), directly up-dip of the Liza discovery, offshore Guyana, commenced in early May and the results will be used to define potential prospects for drilling in 2018/19. A 2,500 sq km 3D survey over the adjacent and contiguous Orinduik licence will follow in July.

Tullow has now completed its exit from Norway and the North Atlantic allowing the New Ventures team to focus purely on Africa and South America.

The Group expects to generate $0.6 billion of pre-tax operating cash flow (before working capital) for the first half of 2017. This is higher than the first half of 2016 as a result of insurance proceeds, contributions from TEN, and increased contributions from Jubilee. The Group expects to incur $0.6 billion pre-tax ($0.4 billion post-tax) of non-cash impairment of property, plant, and equipment due to reduced oil price forecasts.

The Group hedges a part of its production on a two-year forward-looking basis. The current commodity hedge volumes represent approximately 60% (2017) and 40% (2018) of total Group net entitlement volumes on a pre-tax basis.

The Group’s capex guidance for the year has been revised from c.$0.5 billion to c.$0.4 billon. This change reflects a revision to prior year accruals in Ghana and lower forecast expenditure across the portfolio.  The deferred consideration from the Uganda farm-down, once completed, would further reduce the overall Group capex for 2017 to c.$0.3 billion.

In February, the Group agreed a 12-month extension to the maturity of the Corporate Facility to April 2019. Commitments and available debt capacity under this facility, which is undrawn, are currently $800 million and are scheduled to reduce to $600 million in January 2018, $500 million in April 2018, and $400 million in October 2018.

In April, Tullow successfully completed a $750 million Rights Issue in order to reduce gearing, provide the Group with financial and operational flexibility and enable growth over the next three-to-five years. At the end of June 2017, net debt is estimated at $3.8 billion, a reduction of c.$0.95 billion from year end 2016, following receipt of Rights Issue proceeds and cash flow generated from operations, demonstrating ongoing delivery of organic deleveraging.

In May, Tullow cancelled $410 million of Reserve Based Lending (RBL) commitments, effectively accelerating a significant part of the commitment amortisation scheduled for October 2017. Commitments and available debt capacity under the RBL are currently $2.75 billion, reducing to $2.64 billion in October 2017 in line with the amortisation schedule. The Group plans to refinance the RBL before the end of 2017.

The Group’s unutilised debt capacity and free cash at the end of June 2017 is estimated to be approximately $1.2 billion.

Guidance is provided in relation to Tullow’s reporting to 30 June 2017 in advance of the Group’s Half Year Results release on 26 July 2017. Guidance figures are subject to change.