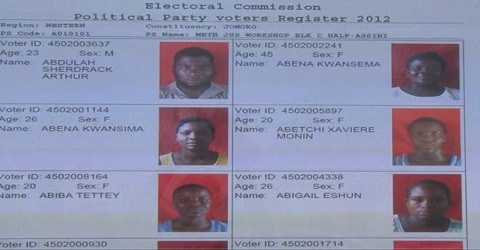 The Electoral Commission has expressed satisfaction with the level of public participation in the limited voter registration exercise which ends today, despite low turnout.

The exercise which begun last week is to enable persons who could not register during the last exercise and those who turned 18 years after 2012 to register.

The exercise is taking place at  6,000 centres across the country. Head of Public Affairs at the EC Christian Owusu Parry tells Joy news the low turnout was expected.

There have been reports of violence especially in the Ashanti Region, prompting the Regional Police Commander to issue strong warnings to leadership of the two main political parties there, the New Patriotic Party (NPP) and the NDC to call their people to order.

The two major parties, NDC and NPP, suspended campaign activities to concentrate on monitoring the excercise. Urging vigilance, the Ashanti regional NPP has claimed that at least 60 NDC members were bussed from up North in Bawku to Kumasi to register.

A claim that has been refuted by the NDC.

Meanwhile, Member of Parliament for Manhyia North, Collins Owusu Amankwaa, is set to file official complaint to the Electoral Commission over discrepancies he detected during the exercise.

“I monitored things closely and from all indications you could see some inconsistencies as far as the voter registration numbers are concerned,”

He cited a registration centre at Buokrom, a suburb where he alleges four people presented one passport with different pictures as a form of identification.