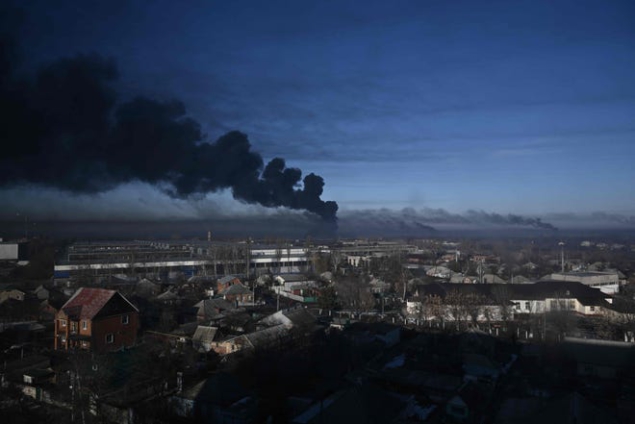 A live audio chat has been taking place on Twitter for Nigerian students caught up in the conflict in Ukraine.

During the Twitter Space, advice was shared – mainly warning that people should not travel alone.

People shared their experiences in different parts of the country a day after Russian troops invaded.

Numbers were shared of Nigerian contacts in Poland, and other neighbouring countries, if people managed to cross borders. Rawlings Onyi, a Nigerian in Poland, has been posting the information on his Twitter feed.

There have been some reports that Nigerians were being denied entry into Poland.

One person, whose Twitter profile says she is based in Poland, told the forum she was at the Poland-Ukraine border and Nigerians were being allowed in, though some said those with expired documents had been turned back.

“So there’s a long queue but a lot of students have been able to get into Poland from the border,” she said.

She has since tweeted with further advice, saying Nigerians at the border should ask for a humanitarian visa:

An estimated 4,000 Nigerians are studying in Ukraine.

DISCLAIMER: The Views, Comments, Opinions, Contributions and Statements made by Readers and Contributors on this platform do not necessarily represent the views or policy of Multimedia Group Limited.
Tags:
Stranded Nigerians
Twitter space
Ukraine crisis