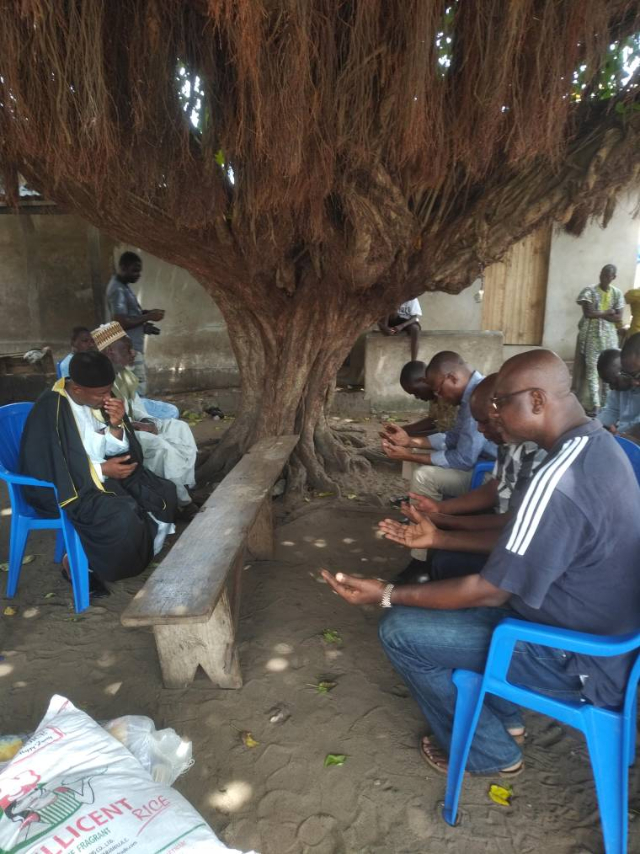 Leading figures of the National Democratic Congress on Friday conferred with some Muslim leaders at Aflao ahead of Saturday’s ‘Unity Walk’ in the Volta Region town.

The team led by Ketu South MP, Fifi Fiavi Kwettey as well as other party executives donated some food items to the Muslim Clerics on behalf of the planning committee.

They asked for Allah's blessings, forgiving spirit and a united spirit for the NDC as they work toward a victorious 2020.

Organisers say the Aflao walk, which is the last of such unity walks, will also be climaxed with a mammoth rally as the party prepares for the 2020 elections.

The team expressed satisfaction with the level of preparedness of the people in the Volta Region towards the program as well as the preparations by the local organizing committee of the Unity Walk.

The Chief Imam of Aflao Yusif Imam, on his part thanked the delegation that called on him and his elders and prayed for the party and wished them well in their endeavor.